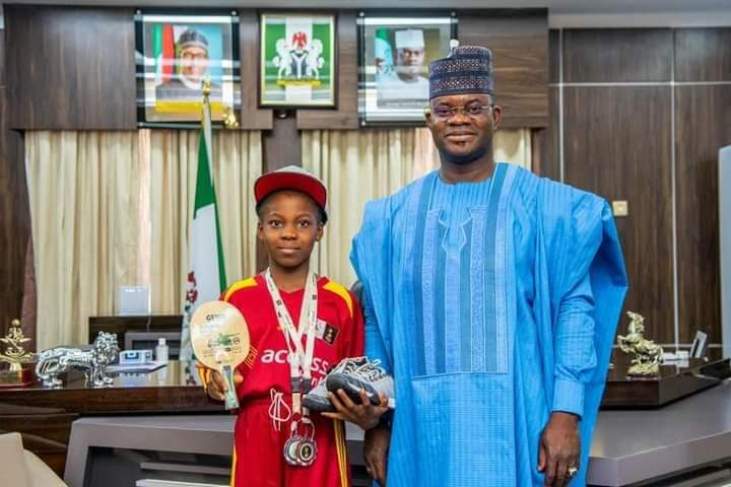 In the tournament organised by Nigeria Table Tennis Federation (NTTF), in collaboration with the Lagos State Sports Commission (LSSC) and support from Baba Ijebu Bet, Prime Atlantic, and a host of others, Kogi-born Ize Sezuo put up a sterling performance and won a prestigious medal.

Ize, who was accompanied by her parents, technical managers and other athletes from the state were in governor’s office to present their medals to the Governor.

The governor described Ize and others as teenage sensational athletes who deserved unequalled motivation and support. He congratulated the athletes while charging them to continue to make the state and nation proud.

He further promised to host the athletes who previously won medals for the State in previous competitions. Miss Ize amongst others were officially presented to the Governor by the Honourable Commissioner for Youth and Sports Development, Hon. Idris Musa (Danjuma Oando) for making the State proud at the just concluded National Principal Cup and National Championship held recently at Lagos and Abuja respectively.