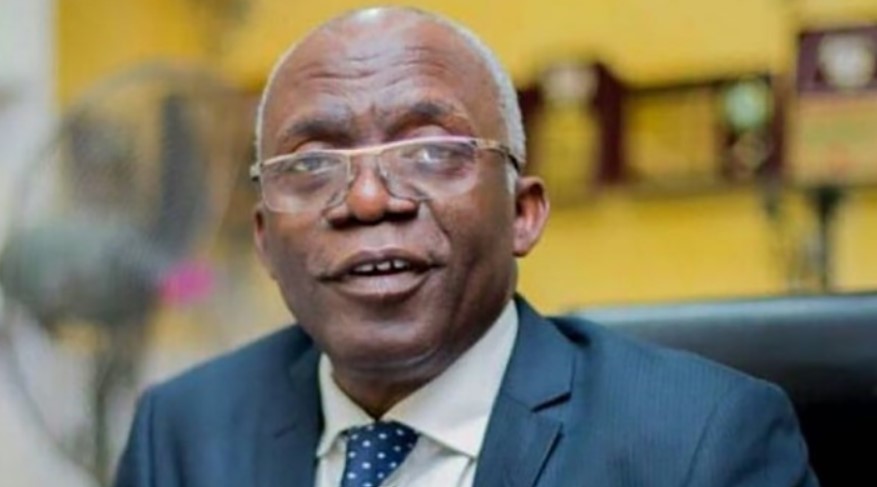 The well-known attorney stated that it was unlawful to establish the organization in Lagos charged with collecting the packaging levy.

Femi Falana SAN, a human rights attorney, has criticized the Lagos State Government for enforcing the parking fee in the state.

This was said by Falana on Sunday, August 28, 2022, when he called the policy unlawful and asked the state administration to immediately revoke it, according to The Punch.

Remember how the Lagos State Parking Authority wrote to a snack and food company to inform them that they had been charged N290,000 for the parking lot outside their place of business?

According to the letter’s instructions, the agency required the food industry to pay a non-refundable administrative processing charge of N50,000 as well as N80,000 annually for each of the three parking lots.

In response to the development, the SAN called the Lagos State Parking Authority unlawful, claiming that under the present democratic system, the state government lacked the constitutional authority to create a body to administer parks.

“By virtue of Section 7 of the Constitution of the Federal Republic of Nigeria 1999 as amended, it is the exclusive constitutional responsibility of local governments to establish and maintain motor parks in any of the states of the federation.

“Furthermore, it is the sole responsibility of local government authorities to construct and maintain parks, gardens, open spaces or public facilities as may be prescribed by the House of Assembly,” he added.

The human rights attorney pointed out that the House of Assembly improperly established an agency for that purpose rather than dictating how Local Governments were to administer the park and gardens.

He said that because the Lagos State Parking Authority was an illegitimate entity, it lacked the constitutional authority to set and collect parking fees from state citizens.

He continued by saying that the Lagos State House of Assembly should have been made aware of the constitutional irregularity.

“In particular, the House should be requested to set the engine in motion for the immediate repeal of the Lagos State Parking Law which was illegally enacted to consolidate ‘all that relating to parking and its connected purposes with powers and functions and which states that the Authority shall, among others, be responsible for all forms of managed parking in the State’.

“The policy of the Babajide Sanwoolu administration to move Lagos State towards a 21st-century economy must comply with the provisions of Section 7 of the Constitution and the Fourth Schedule thereof.

“In Airtel Nigeria Limited v Attorney-General of Lagos State & Three Others (2019) 1 NCLR 1, the Lagos State High Court ruled that the bye law which authorises the Eti Osa Local Government Area to collect parking levy from the claimant was in order. Dissatisfied with the judgment, the claimant appealed to the Court of Appeal.

“In dismissing the appeal and upholding the decision of the lower court, the Court of Appeal held that it was unable to agree with the appellant that the third respondent does not have power to make law that relates private parking since there was nothing in the bye law that is inconsistent with Section 7 and Paragraph 1 of the Fourth Schedule to the constitution.

“The Lagos State Government and all other authorities, as well as other persons, are bound by the valid and subsisting judgment of the Court of Appeal on the exclusive power of local governments to regulate and collect parking levy in Lagos State. To that extent, the purported parking levy fixed by the Lagos State Parking Authority cannot be justified under Section 7 of the Constitution. It should be withdrawn without any delay.”

Court Rejects FG's Appeal For Abba Kyari's Extradition To The US