Home > News > Why I May Withdraw From Presidential Race – Orji Kalu 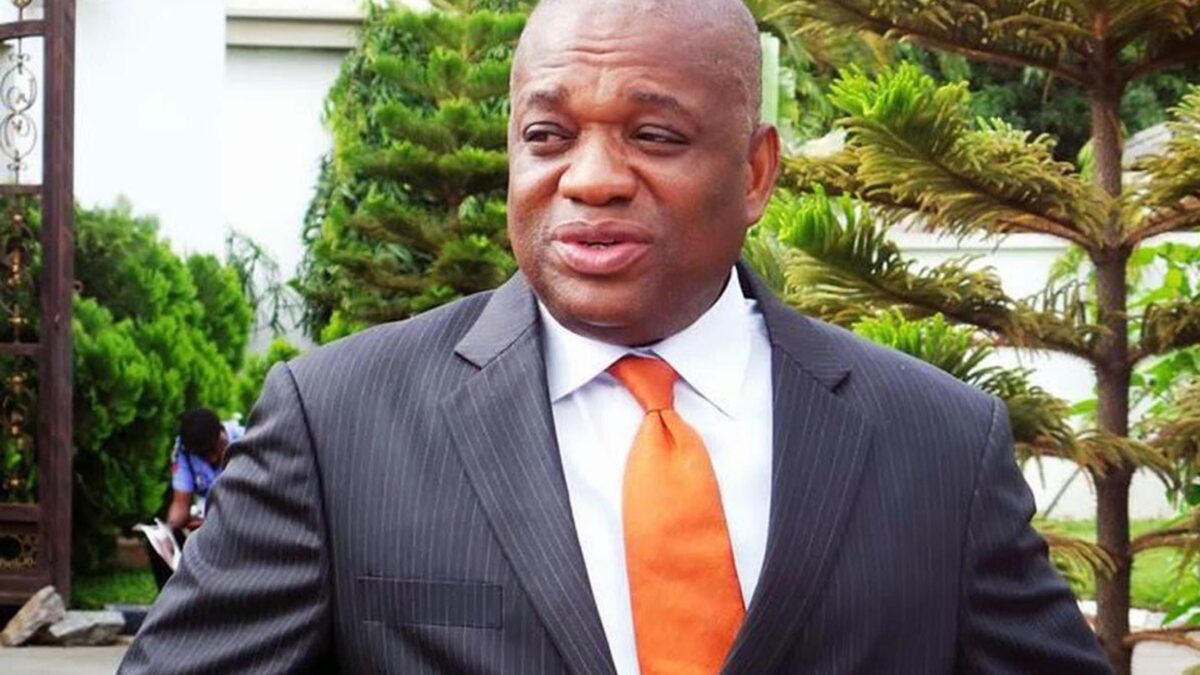 Senator Orji Kalu, Chief Whip of the Senate, has stated that he may withdraw from running for President of Nigeria if major political parties do not zone their tickets to the South-East.

In a statement released on Tuesday in Abuja, Kalu stated his ambition and intention to run for President.

According to him, I am dedicated to this goal, but I cannot make an official proclamation without the complete cooperation of other areas.

“Everywhere in the world, politics is situational and that of Nigeria is exceptionally situational.

“The situation in Nigeria is that without the support of other regions, it would amount to a shadow chase for a South Easterner to be President.

“This is the reason I have been in the frontline of the call that the two major political parties, the All Progressives Congress (APC) and the Peoples Democratic Party (PDP) should zone their presidential tickets to the South- East as they did for the South-West in 1999.

“In the absence of this zoning, I shall return to the senate and stay away from the presidential contest,’’ Kalu said.

“I am even shocked with the number of aspirants coming from the South-West and the South-South.

“It is embarrassing that these aspirants (APC and PDP) have no single respect and concern for the South-East.

“It has become a joke to an ordinary Nigerian who hears Southern commentators and aspirants rooting for a Southern President on the premise of fairness, equity and justice,’’ Kalu said.

He claimed that in a democratic context, the North had an edge in winning elections.

He went on to say that if there was any “fairness,” “equity,” or “justice,” it should be the whole South advocating for a president of South-East extraction.

Anything less is “hypocritical,” “unjustifiable,” and “excessive,” according to him.

“Some ‘persons’ are even claiming God’s anointed choice in 2023. Unfortunately, it is not all prayers that God answers; at least not inordinate ones.

“What moral justification does a Southerner who refused to be fair to his brothers have against a Northerner running for president?

“It will be very insensitive, unreasonable and disrespectful for any Southern man to criticise a presidential aspirant from the North on the ground that the North has done eight years and power should return to the South,’’ he said.

Kalu further stated that although the South-West and South-South completed their terms as ‘President and Vice President,’ they should have the fortitude to assist the South-East.

“If the next president after President Muhammadu Buhari does not come from the South-East , there would be nothing unfair and unjust if he/she comes from Daura,’’ Kalu said.

He stated that the South-East and North-East areas had yet to produce a President.

“If this means anything to Nigerians, the APC and PDP should be fair enough to prioritise these regions. If power should come to the South and not the South- East or North and not the North-East, the essence for which the six geopolitical zones were created is long dead.

“This country belongs to all of us and the unity of the country should be paramount.

“If not for selfishness and greed, how can you say that where a president comes from does not matter simply because you don’t want to support a president of Nigeria from the South- East, but turn around to clamour for a power shift to the South?

“How do we explain this to the younger generation? Let the wise and courageous stay firm on their convictions and not swing on the two sides of the Atlantic,’’ Kalu said.

“To Pa Ayo Adebanjo, Chief Edwin Clark , Deji Adeyanju and a host of others who have stood firm in their support for their brothers in the South-East, posterity will be kind to you,’’ Kalu said.