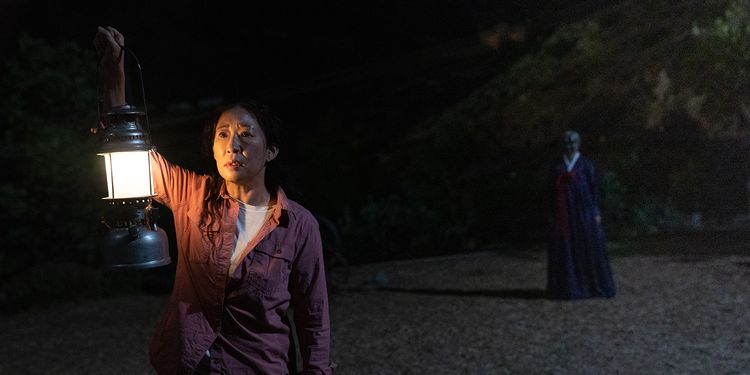 Umma will be released in cinemas on March 18th.

“Amanda (Oh) and her daughter (Fivel Stewart) live a calm existence on an American farm, but when the remains of her estranged mother arrive from Korea, Amanda gets tormented by the fear of turning into her own mother,” according to the trailer. The trailer begins with Amanda and her daughter living an apparently regular life on the farm, but something is awry right away. Amanda’s kid appears to be without a phone or friends, as her life appears to be cut off from the rest of the world — and their farm, strangely, does not allow automobiles to pass a particular point.

When a vehicle speeds into their building, Amanda’s world is flipped upside down. We shortly find that the strange man in the automobile came to inform Amanda that her mother had died, and he had delivered her bones in a box, presumably for Amanda to properly lay them to rest. The guy warns Amanda that “her fury will build as long as she is in this box,” but Amanda refuses to have anything to do with her mother. Amanda then kicks the man out of her house, and he bemoans her for leaving her mother.

Amanda tells her kid about her Umma — which is interspersed between some extremely atmospheric views — and how she didn’t want her daughter to know about her mother since she remembered so much screaming sharing. Amanda then discusses how some Koreans believe that their troubles are caused by their ancestors’ troubled souls. The trailer concludes with a traditional haunted home montage of eerie visuals, frightening intrigue, intriguing questions, and the chilling warning: “Don’t become your mother.”

Umma will be released in cinemas on March 18th. You can watch the scary new trailer below.