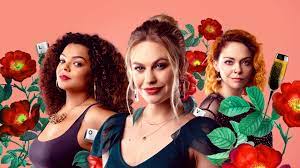 The drama, written by SAFTA nominee Albert Snyman and SAFTA winner Louis Pretorius, stars Ilse-Lee van Niekerk as Jessica, a wedding planner who is surrounded by love but is trying to find it for herself.

Candice Fangueiro, Showmax Head of Content, spoke about the series:

“ ‘Troukoors’ is like good champagne: light and bubbly and more-ish, with a tendency to bring out people’s naughty sides, it is like younger or The Bold Type. However, it went against the splendor and romance of the cape wedding industry.“

The new show joins a slew of African originals slated for release by the streaming platform in 2021.

OAP Moet Abebe - 'My Colleagues Fight Over The Same Men, Gigs And Sponsors'