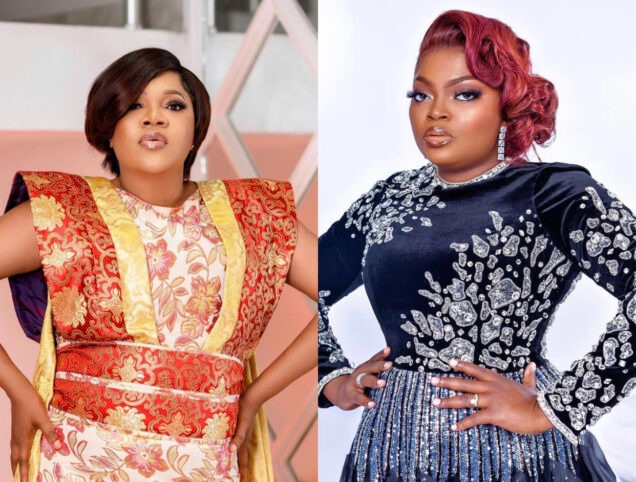 Toyin Abraham’s remarks could be linked to Iyabo Ojo’s recent social media rage over a certain ‘Funke.’‘Funke’ allegedly hired a blogger to bash Toyin Abraham’s upcoming film, according to Ojo.

Toyin Abraham, a Nollywood actress, has spoken out about her alleged tumultuous relationship with Funke Akindele-Bello.

In a recent radio interview, the mother of one stated that she has no animosity toward Akindele because they are colleagues who do not hold grudges against one another.

“She’s my senior colleague and she’s someone I respect a lot. So I don’t know what people are talking about. You know, a lot of people don’t understand that we are colleagues, not family, so you cannot be talking to all your colleagues,” Toyin Abraham said.

“We talk, we follow each other, If I see her I greet her. But a lot of people do not understand that we are working in the same industry and you don’t have to be my friend. Just forget about social media, forget social media.