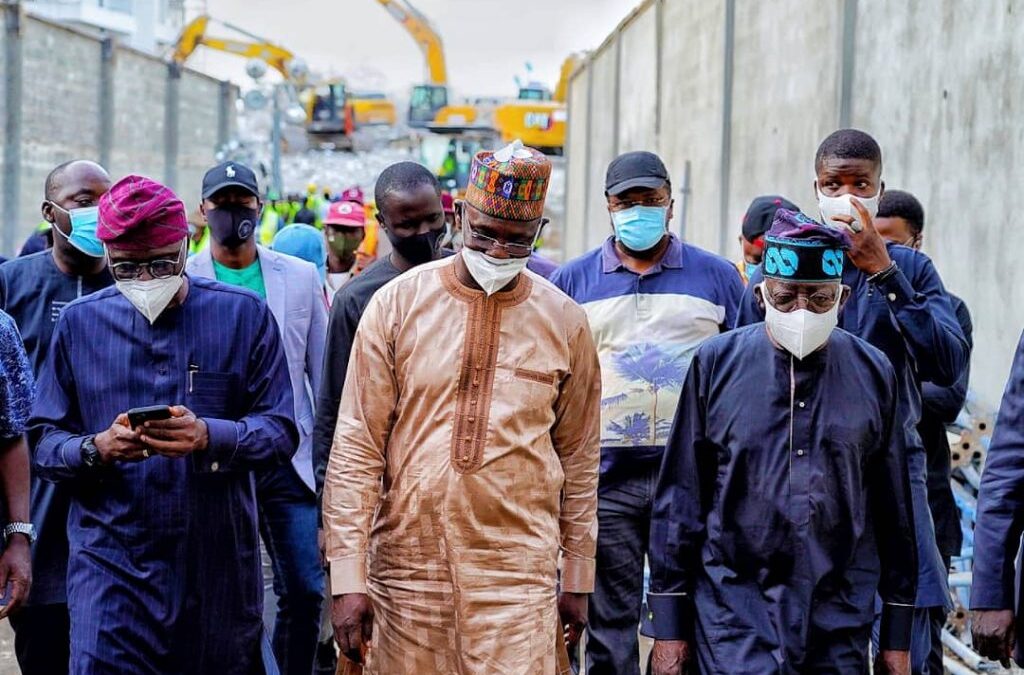 Six days after the tragedy, Tinubu went to the site of the collapsed building.

On Monday, November 1, 2021, the building collapsed, trapping numerous workers beneath the rubble.

Nine survivors have been recovered from the rubble, while 38 people have been confirmed deceased, including Femi Osibona, the Managing Director of Fourscore Homes, the business in charge of the collapsed building.

'All Too Well,' A Short Film By Taylor Swift, Will Premiere On Nov 12th