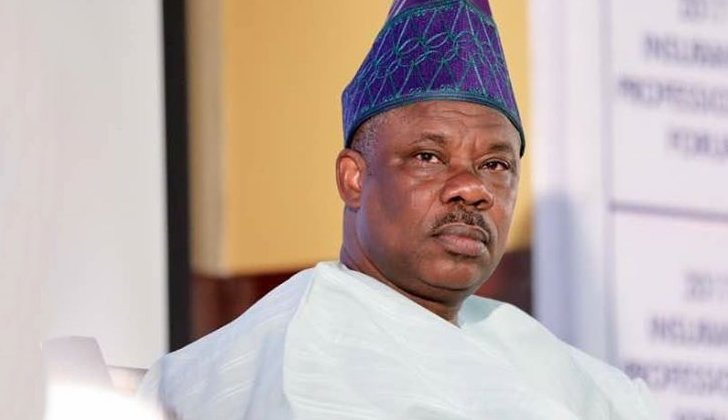 Members of the state’s transportation union are accused of organizing the violence.

The All Progressives Convention (APC) factional congress of Senator Ibikunle Amosun’s supporters did not go as planned because gun-wielding thugs disrupted the exercise.

Thugs who stormed the Ake palace grounds, where the congress was held, fired into the air to disperse Amosun’s supporters.

According to Punch, the ex-political governor’s supporters were ready to settle in for the day’s business when the thugs stormed the premises.

While the congress was being interrupted at the Ake Palace, the other section of the party loyal to the state Governor, Dapo Abiodun, was holding a calm exercise at the MKO Abiola Stadium.

According to Punch, the violence was reportedly coordinated by members of the state’s transportation union.

The thugs’ first effort to interrupt the ceremony failed because police officers stationed at the palace were unable to stop them.

However, as Amosun’s supporters approached the officers and chased them away for failing to protect them, the officers allegedly called for backup and began firing into the air.

Following the shooting, the members of the party regrouped and resumed their electoral campaign.

It should be noted that Abiodun and his predecessor, Amosun, have been at odds over the state’s political party system.