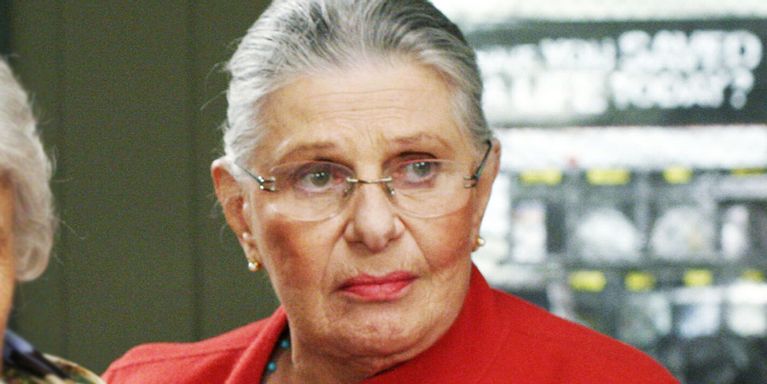 She died peacefully in her sleep.

The Tony Award-winning actress died on the April 6th at the age of 95.

The actor’s longtime talent manager, Kyle Fritz, confirmed her death, stating, “I had the pleasure of representing Rae Allen for over 20 years. She [was] one the most gifted actresses I have ever had the pleasure of working with. I will be forever grateful to have been a part of her incredible journey.”

Raffaella Julia Theresa Abruzzo, born on July 23, 1926, in Brooklyn, New York, graduated from the American Academy of Dramatic Arts in 1947 and began her career in Broadway shows in 1948. Allen received her first Tony Award nomination in 1955 for her performance in the musical comedy Damn Yankees. She also appeared in numerous Broadway plays, including Oliver! in 1963 and Fiddler on the Roof in 1968. In 1971, she was nominated for Best Featured Actress in a Play for her performance as Fleur Stein in And Miss Reardon Drinks A Little.

She made her cinematic playing debut in the film adaptation of Damn Yankees, reprising her role as Gloria Thorpe. “Shoeless Joe from Hannibal, Mo,” a song she sung in the show, is still played at Yankees games. Edith Bunker’s niece Amelia in All in the Family, Judge Betty Small in Soap, Mrs. Sokol in Seinfeld, and Tony Soprano’s aunt Quintina Blundetto in the criminal drama series The Sopranos are among the actress’ other notable cinematic appearances. She has appeared in episodes of NYPD Blue and Grey’s Anatomy. Allen also had supporting appearances in the films Stargate, Calendar Girl, Taking Off, Where’s Poppa, and Reign Over Me, which was one of her last acknowledged performances.

May her soul rest in peace.

Abba Kyari's Lawsuit Against NDLEA Dismissed By The Court