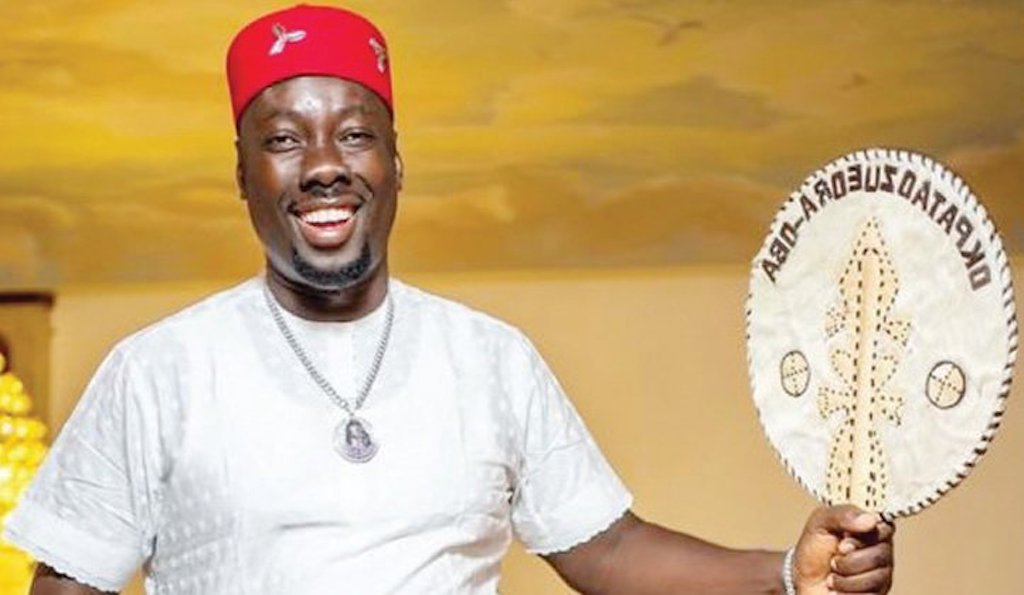 It’s unclear whether the EFCC has released the multibillionaire.

Obinna Iyiegbu, nicknamed Obi Cubana, a well-known socialite and businessman, has been detained for money laundering by the Economic and Financial Crimes Commission.

The Anambra-born club owner arrived to the EFCC offices in Jabi, Abuja, about midday on Monday and is currently being interrogated by the commission’s operatives.

Though details about the claims against the socialite were scarce at press time, a source said his case included alleged money laundering and tax fraud.

According to the source,  “Obi Cubana was arrested and brought to the EFCC headquarters on Monday afternoon over allegations of money laundering and tax fraud. He is being grilled by detectives as we speak.”

Wilson Uwujaren, a spokesman for the EFCC, said he has yet to be briefed on the situation.

Obi Cubana made news in July when he conducted an elaborate burial for his mother in Oba, Anambra State, reportedly killing over 200 cows.

Many Nigerians were curious about his source of money after seeing his lavish display of wealth.