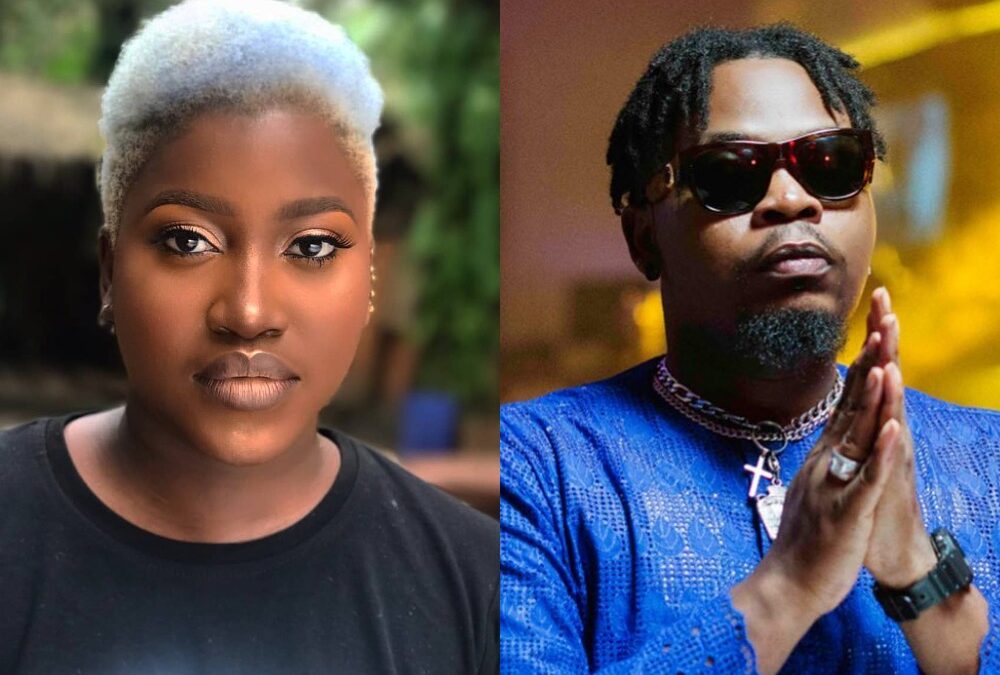 She said that, despite being given a platform, Olamide rejected all of the contracts and shows she was offered.

Temmie Ovwasa, a Nigerian musician, has made new claims against her former record label boss, Olamide, saying that ‘he messed her mind up.’

A fan questioned the singer if she still maintains in touch with the YBNL president during a question and answer session on her Instagram account.

In answer to the query, the young girl said that, despite giving her a platform, Olamide turned down all of the agreements and shows she was given. Her prior boss, according to Ovwasa, also prevented her from releasing music.

She claimed, “That man brought me to Lagos from Ilorin as an 18-year-old, put me on a platform then proceeded to reject every show I got, every offer I got. Stopped me from releasing songs, kept me in his house with his wife (who spoke to me like I was garbage in front of her friends) and kid in the name of ‘family’. Put my face on the wall, on an album where the ‘men’ were allowed to be people.

“He messed my mind up then tried to compensate for it. I let it die because I do not enjoy talking to his minions or being associated with them. Why would I be in touch with him? You see all your idols and think everyone should worship them, but forget that they are real people capable of doing real things.”

In response to another question from a fan, “Would you still love to do a collaboration with Olamide after the whole saga has been resolved,” Ovwasa said she does not want to be associated with men who use their position to hurt others.

The singer said, “My trauma is not a ‘whole saga’. You all forget that people feel things and what might seem like gist to you is actually somebody’s lived reality.

“I don’t crave fame and I do not want to be associated with men who use their positions to hurt others while carefully curating their public presence to reflect values they do not uphold.”

She also hinted at the kinds of people she would want to collaborate with.

“Might seem surprising to you but I do not want to be associated with your faves. They are people of questionable character and I have no space in my life for anything that does not serve me. I have tasted fame, been around multimillionaires and I can tell you for a fact, I don’t rate them.

“I would love to collaborate with women, with artistes from marginalised communities, with nonbinary artistes, queer people; people who can understand art beyond capitalism,” Ovwasa said.