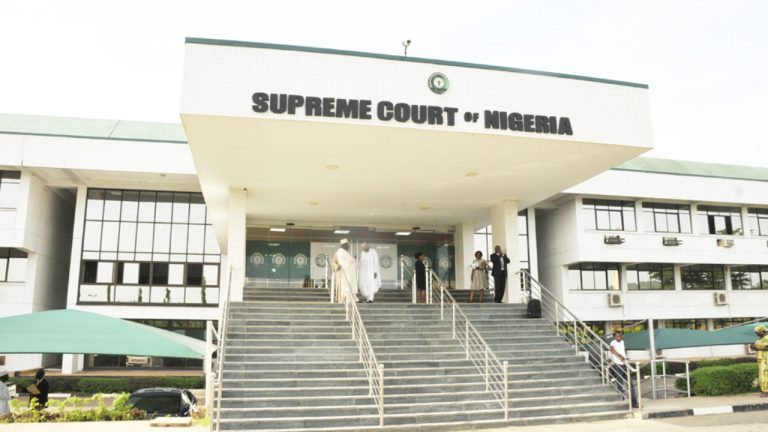 22 political parties have been scrapped by the supreme court

In a suit titled FHC/ABJ/CS/444/2019, some of the parties asked the court to establish whether INEC has the constitutional authority to deregister them.

The Attorney-General of the Federation (AGF) and INEC are the appellants.

The appeal court, according to Eko, raised the issue of a lack of fair hearing in favour of the 22 eliminated parties on its own and reached a decision without hearing from them.

“This appeal by INEC is meritorious and is hereby allowed. The decision of the court below is set aside”, Eko said.

The top court ruled that the court of appeal left the issue of fair hearing out of the consideration of the political parties’ notice of appeal, but refused to do what was necessary to be fair to others in the case.

It claimed that the court of appeal made a legal error by raising the question of fair hearing in favour of the political parties suo motu and refusing to allow other respondents to address the problem in order to reach a proper result.

According to Eko, the Court of Appeal’s decision to issue a judgement in such a situation violated the pillar of the same fair hearing, and as a result, its findings and conclusions are invalid.

INEC de-registered 74 political parties on February 6, 2020, after they failed to win any political office in the previous general election.

The Advanced Congress of Democrats (ACD) and 21 other political parties filed a lawsuit in Abuja’s Federal High Court, challenging INEC’s decision to de-register them.

The suit was dismissed by the Federal High Court on June 11, 2020, on the grounds that INEC has the authority to de-register parties that did not win elections.

The court ruled that Sections 225(a), (b), and (c) of the Constitution might be interpreted to mean that INEC has the authority to deregister political parties.

In response to an appeal to the Court of Appeal in Abuja, the appellate court ruled in August 2020 that, while INEC had the authority to de-register parties, it was incorrect to de-register ACD and 21 other parties while their case was still pending in court.

In exercising its authority under section 225(a) of the constitution, INEC violated due process, according to the court (as amended).

The panel noted that the parties had already filed a lawsuit in the lower court, the outcome of which was still pending before the deregistration.

In addition, the appellate court found that INEC had failed to provide the parties with explanations as to why they could no longer exist.

The court ruled that citizens have the right to freedom of association under section 40 of the constitution, and that the privilege granted on a political party can only be taken away in compliance with the law and due process.