Home > Sport > Super Eagles Goalkeeper, Maduka Okoye, Makes it to the Eredivisie Team of the Season. 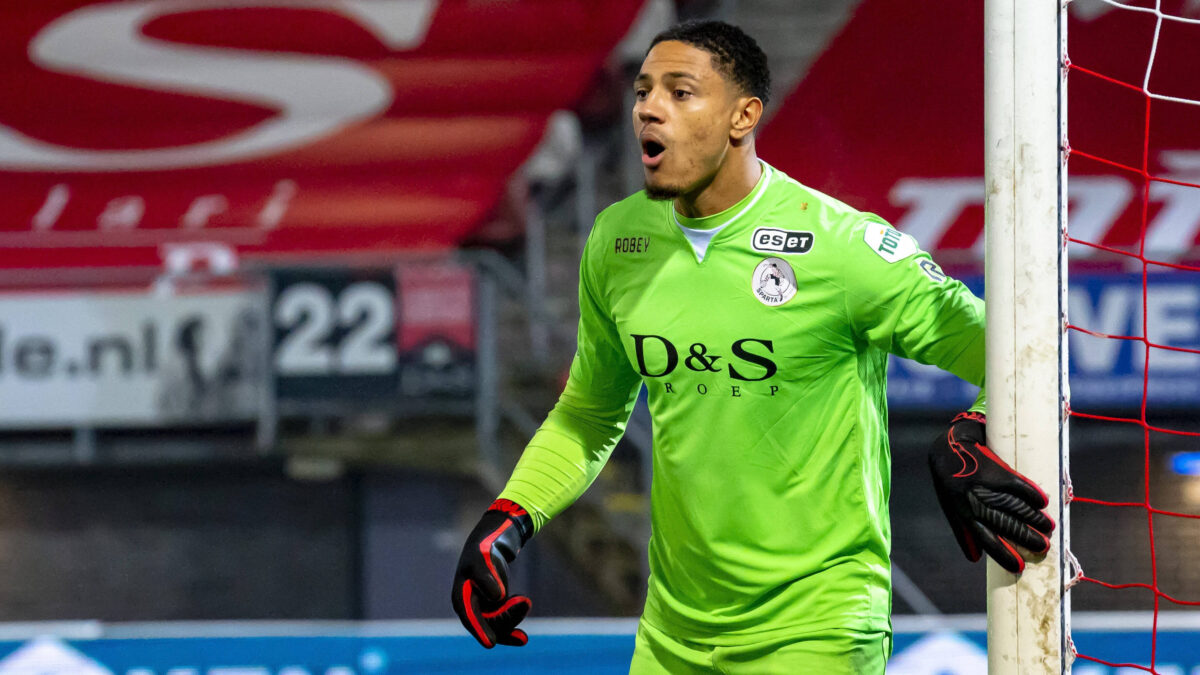 Super Eagles goalkeeper Maduka Okoye has won Sparta Rotterdam’s Player of the Season for his impressive performance for the Dutch side in the 2020/2021 campaign.

“Supporters of Sparta Rotterdam were allowed to vote for their Player of the Season, an election that was won by Maduka Okoye,” Sparta said while announcing the shot-stopper as the winner of the award.

“The goalkeeper, who played 28 league games and managed to keep his goal clean ten times, received the prize this morning from Henk van Stee.”