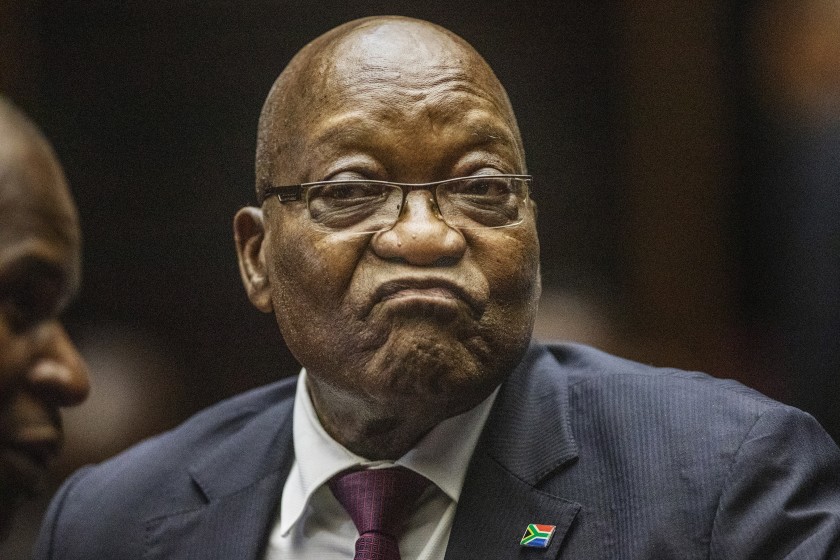 Judge Sisi Khampepe stated, “The Constitutional Court can do nothing but find that Mr Zuma is guilty of contempt of court.”

Zuma, 79, is accused of facilitating the looting of public funds during his almost nine-year tenure as president.

“This type of disobedience and recalcitrance is illegal, and it will be punished,” Khampepe added.

“I have no choice but to condemn Mr Zuma to prison in the hopes of sending a clear message… that the rule of law and the administration of justice prevail.”

“I have no choice but to condemn Mr Zuma to prison in the hopes of sending a clear message… that the rule of law and the administration of justice prevail.”

She declared, “The majority judgment orders an unsuspended sentence of imprisonment for a period (of 15 months),” and Zuma was given five days to surrender.

Deputy Chief Justice Raymond Zondo is the chairman of the commission of inquiry.

The panel was set up by Zuma himself, under pressure from the ruling African National Congress, just before he was deposed in 2018. (ANC).

However, he only testified once, in July 2019, before staging a walkout and accused the commission’s Zondo of prejudice a few days later.

He then declined many requests to appear, citing medical reasons and preparations for a new corruption trial as justifications.

In November, he reappeared briefly but departed before being questioned, prompting Zondo to seek intervention from the Constitutional Court.

The majority of the fraud examined by the committee involves three brothers from a rich Indian business family, the Guptas, who reportedly were able to pick cabinet ministers and secured lucrative government contracts.

Zuma faces 16 accusations of fraud, corruption, and racketeering in connection with a 1999 purchase of fighter planes, patrol boats, and military equipment from five European weapons manufacturers for 30 billion rand, or about $5 billion at the time.

Zuma was President Thabo Mbeki’s deputy at the time of the acquisition.