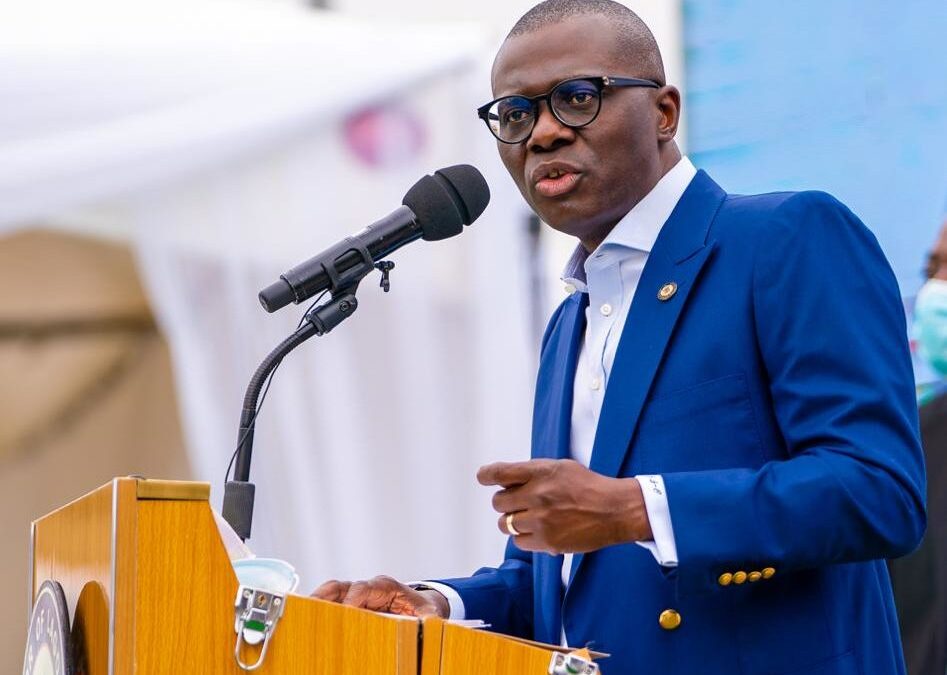 In the last three years, Lagos State Governor Babajide Sanwo-Olu believes that his administration has matched words with actions in terms of governance.

Sanwo-Olu said this on Sunday at the Chapel of Christ the Light, Alausa, Ikeja, during his administration’s 3rd Anniversary Thanksgiving Service.

The Thanksgiving theme is “O God, Our Help in the Past.”

The governor, who was represented by his wife, Dr. Ibijoke Sanwo-Olu, expressed gratitude to God almighty for the mercies, protection, wisdom, and understanding that aided in the administration’s steering over the previous three years.

The most significant thing, he added, was that, despite all the obstacles, the current government was able to connect words with actions, particularly in the execution of the T.H.E.M.E.S Agenda and other excellent things promised to people three years ago.

”Despite all the challenges faced in the recent past by this administration, we were able to record unprecedented achievements as far as the implementation of our THEMES agenda.

”This administration has been able to achieve other lofty programmes we promised Lagosians three years ago. We were able to match our words with achievements,” Sanwo-Olu said.

He said that the accomplishments were the result of everyone’s collaboration and support, as well as intercessory prayers from men and women of many religions.

Residents, Sanwo-Olu encouraged, should continue to unite behind the administration, especially as the national elections in 2023 approach.

”Let me at this juncture express our appreciation to all Lagosians for your support, cooperation and prayers in the past three years, which also contributed to our achievements.

The Bishop of the Diocese of Badagry, Methodist Church Nigeria, Rt. Rev. Sunday Onadipe, noted earlier in his sermon that Sanwo-successes Olu’s proved that he has a very excellent idea and efforts to make Lagos bigger.

Governor Sanwo-Olu, he claims, is the embodiment of good leadership.

According to Onadipe, the accomplishments were achievable because the governor, like Onadipe, recognised God as the driving force behind his government.

Rapper Takeoff Has Been Shot Dead In Houston, Texas

Liquorose, Swanky Jerry & Others Are Up For E! People’s Choice Awards In The Category “African Social Star”

Rema becomes the latest Nigerian act to be certified Gold in the USA with “Calm Down” selling 500k units. ... See MoreSee Less
View on Facebook
· Share