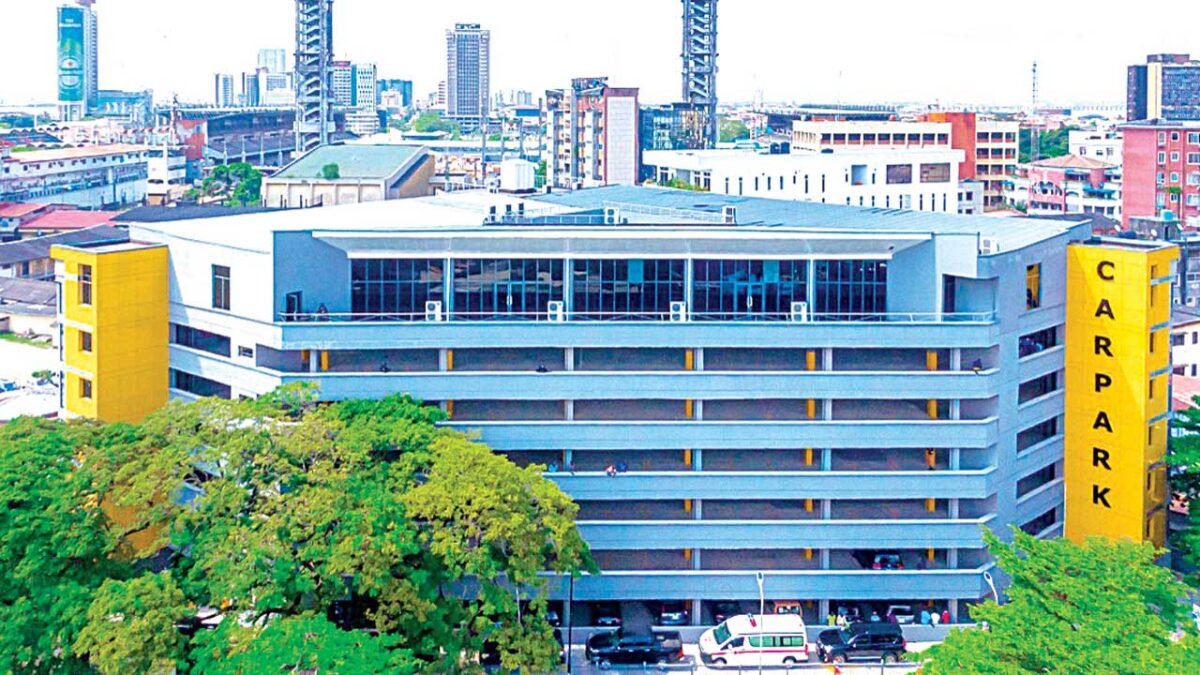 The governor anticipates that the facility will alleviate the area’s long-standing traffic congestion issues.

The newly constructed 384-capacity multi-level car park and facility building in Onikan, according to Lagos State Governor Babajide Sanwo-Olu, will resolve perennial gridlock caused by indiscriminate parking in the axis.

Additional event centers in the facility, according to Sanwo-Olu, will create jobs and boost the economy of the area.

He stated that the project, which began in June 2013, was in keeping with his administration’s commitment to finish all inherited projects in accordance with his THEMES agenda, which prioritizes traffic.

The governor stated that the project site used to be a dump, but that his administration had turned it into a viable economic development project that would benefit Lagos residents’ lives and livelihoods.

“This is a major standpoint of our administration, as traffic management is a major driver of our economy.

“Lagos Island could be modestly referenced as one of the largest commercial corridors in the state.

“There is therefore, a corresponding increase in commuting, especially, high volume of vehicular traffic including social activities, culminating in traffic gridlock and pressure along this corridor.

“This Multi-Level Facility Building will service the stadium and other primary social centres such as Island Club, Yoruba Tennis Club, Lagos Lawn Tennis Club, King George V Park, Police Command Recreational Centre as well as other facilities in the neighbourhood and fix the parking requirements generated by these centres,” he said.

According to Sanwo-Olu, the structure could hold 384 cars on five suspended floors, with ticket offices and restrooms on each floor, as well as event centers and other amenities.

He explained that the automated multilevel facility was created in 2013 to meet the parking needs of the neighborhood’s primary social centers, and that his administration would continue to use technology to improve infrastructure.

“Undoubtedly, this infrastructure will bring to Lagos Island axis great improvements, it will serve the purpose of reducing indiscriminate parking and greatly resolve traffic gridlocks, and that is moving towards the Smart Megacity of our dream; a Lagos where no one is slowed down and where we all succeed together,” he said.

Mrs Aramide Adeyoye, the Special Adviser to the Governor on Works and Infrastructure, said the project’s scope of work includes five car parking floors with a capacity of 384 vehicles, as well as ticket offices and rest rooms on each floor.

According to Adeyoye, the sixth floor is a mixed-use multi-purpose space that includes a Club House with two banquet rooms with seating capacities of 800 and 600 people each.

A water treatment plant, elevators and staircases for smooth pedestrian movement, fire alarm systems, CCTV, data network, and power are among the others, according to the Special Adviser.

“It will also reduce traffic congestion, enhance safety and security along the corridor, and of course provide aesthetically pleasing environment.

“More importantly, this project will complement all our efforts around the Tourism infrastructure within the precinct of Onikan,” she said.

She said facility managers had been hired to ensure proper maintenance, and she praised the project’s contractor, Messrs DKR Associates.

Yahaya Bello Will Receive His Presidential Papers On Wednesday