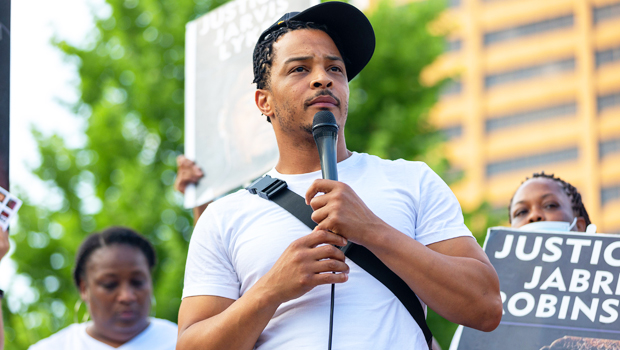 American rapper, T.I. Whose real name is Clifford Harris Jr, was arrested in Amsterdam, after his bike collided with a police car, knocking off its wing mirror.

The rapper recorded a video captioned “FREE ME” from his cell in the Dutch capital explaining the reason why he was arrested.

READ ALSO: Bella Shmurda has been Sued by his Record Label for Breach of Contract.

“I’m obviously not supposed to have my phone as I’m biking, and because the policeman ran into me and broke his [side mirror], and because I didn’t have my passport on me.