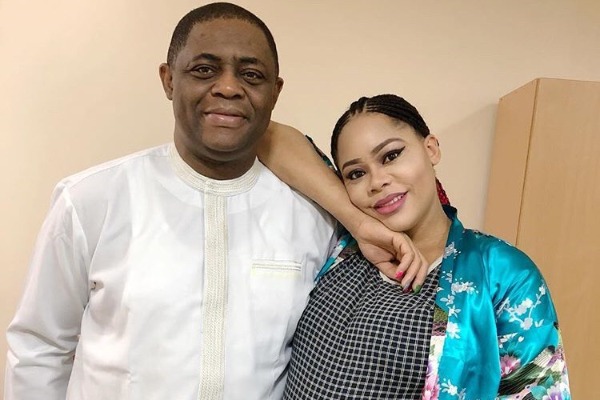 She admitted to pleasuring herself over politician’s inability to have sex with her.

Precious Chikwendu, a former beauty queen and the estranged wife of Femi Fani-Kayode, the former Minister of Aviation, has alleged that he is incapable of performing in bed.

In a lawsuit filed in the Federal Capital Territory (FCT), Abuja, the mother of four revealed this.

According to her, the former minister of aviation had erectile problems and she was unable to consummate her marriage for six years.

“At every attempt, the petitioner made to have sexual intercourse with the respondent, there was never erection of the respondent’s penis/manhood and penetration was frustrating,” part of the suit read.

“During such periods of frustration and sexual desire, the petitioner would be left with the choice of merely rubbing herself on the respondent, to have the slightest bit of relief.”

“The petitioner then insisted parties should seek medical help for the respondent, and on visiting the family doctor, the respondent claimed he was diagnosed of having a cyst on his penis/manhood, which is not allowing the respondent to have erection and or perform sexually.”

This lawsuit comes only days after Chikwendu gave an interview in which she accused Fani-Kayode of denying her access to her children.

Since their split in 2020, Fani-Kayode and Chikwendu have been at odds.

The former minister of aviation and his estranged wife have been accused of infidelity and domestic violence, to name a few.

‘Big Brother Titans’: Nigerians And South Africans To Compete For $100,000 On New Show