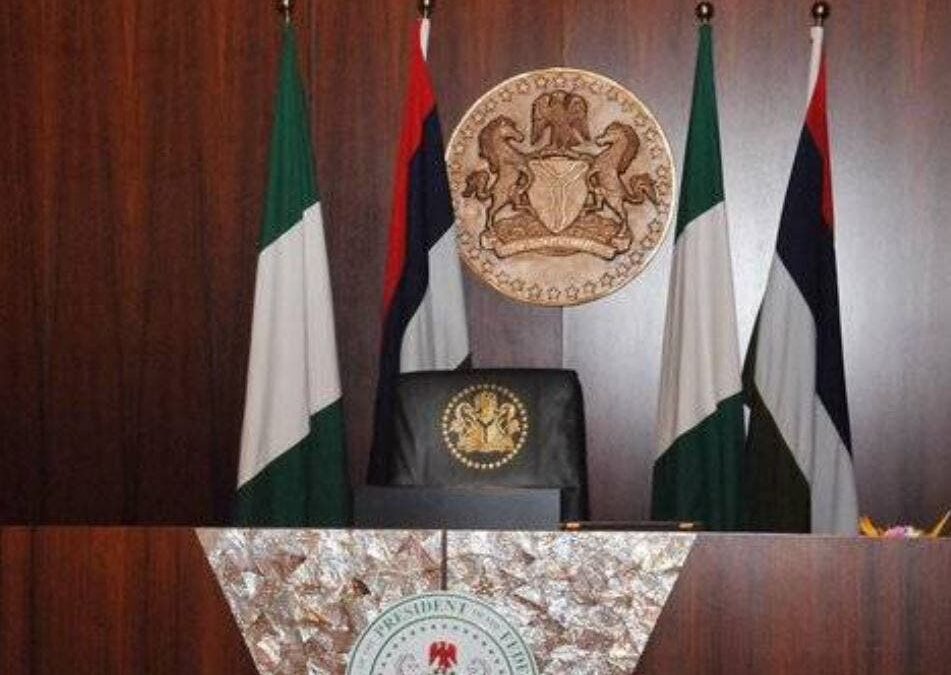 In less than two years from now, the curtain will be drawn on the administration of President Muhammadu Buhari. But while he is still the present occupant of Aso Rock, the seat of power, in Abuja, political gladiators and their political parties have started scheming and jostling for PMB’s lofty seat.

Not only Nigeria, but the entire global community expressed unbridled joy over the emergence of Mrs. Samia Suluhu Hassan as Tanzania’s new President.

The 61-year-old was Tanzania’s immediate-past Vice President until March 19, 2021, when providence made her the first citizen of the East African nation following the demise of President John Magufuli.

But unlike Tanzania, 60 years’ post-independence, Nigeria, Africa’s Giant, is yet to have a woman holding even the seat of the Vice President. It is pathetic to note that the efforts of amazons like Mrs. Sarah Jibril to become Nigeria’s first female president in past general elections had proved futile.

Firstly, it should be noted that the political pertinence of Nigerian women is not up for debate.

Over the years, hundreds of women gather at various political rallies to demonstrate their support for their male equivalent through advocating, campaigning and mobilising others to vote.

Beyond that, come election day we see them trooping in magnificent numbers, the elderly and the youthful, queuing up to cast their ballots for male candidates.

To solidify this standpoint, out of 84 million registered voters nationwide in the previous national elections, women accounted for over 40 million, this means they make up to 47.14% of total eligible voters which can be a measure to the remarkable increase of women’s participation in politics.

Despite this all, there is a deep-rooted level of under-representation of women in politics when compared to male counterparts.

The deficiency of women holding political offices can be linked to a few factors beginning with the female folk conception of politics which is the belief that Nigerian politics is based on high political vigor which only men possess; the competitiveness to compete in chaotic environments, the strength to take it by force when force is required.

Women’s perception of politics as a dirty game has further estranged them from the idea of mainstream politics.

Another ingredient is political campaigns necessitates rock-hard financial backing for it to be successful.

Women’s historical experience of discrimination with division of labour and job opportunities offered on sexual basis has given the menfolk more productive roles which favours them to the disadvantage of the womenfolk.

Adding to that, financiers prefer male candidates due to the assumption that they (the men) have more prospects.

These major points noted above coupled with many other factors are the same reason why Nigeria needs more women to strive for political office.

The poor representation in governance has become an enabler of discriminatory act, marginalisation and social closure which results to one group usurping all opportunities of bringing the other group down through seclusion and displacements.

This is not in any way due to the capability of the women being substandard.

In fact, there is an exclusive group of female presidents who have laid the foundation for future female leaderships, some of them who have left an emblem on politics in their respective countries.

Beyond her pioneering election, Sirleaf had made gigantic steps during her presidency by committing to nonviolence and peace-building processes in her country.

Another example is Malawi’s first female president, Joyce Banda, whose bookkeeping measures have helped lift monetary suspensions from Western donors to Malawi and bring back cash injections from the International Monetary Fund, IMF.

These role models show that women can perform wonderfully in governance and shaping countries’ development.

They should  demand women’s inclusion in transitional institutions, especially constitution-drafting bodies, through pushing heads of state and government to exercise gender parity in executive appointments.

There should also be programs that fund urban and rural campaigns that publicize women’s contributions and ability to lead, that also provide financial and technical backing based solely on candidates’ prospectus irrespective of gender.

Women politicians can also establish mentoring programs to support and encourage others to run for office.

Women in all levels have been put at the backdrop politically for years and this has inclined them to reduce themselves as tools for political success for male counterparts who, under the guise of women movements advocacy, use it as a plan to gain political power or strengthen the power.

Therefore, women should reject empty promises and petty gifts and support their women folk for this is their responsibility and it is even good basis for achieving gender equality and equity.

Somalia Has Elected A New President.

The Supreme Court Dismissed Buhari’s Case Against The National Assembly