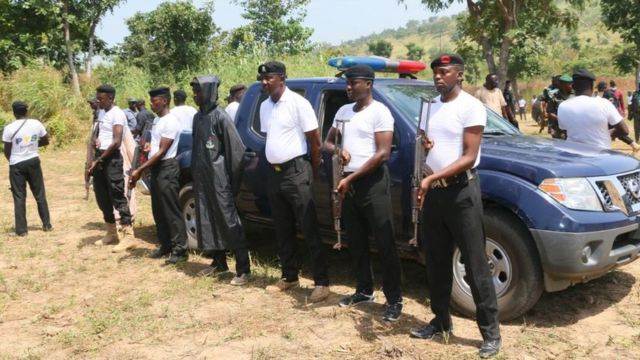 SWAT requires a large number of resources that are currently unavailable from authorities.

Due to funding restrictions, Usman Baba, the Inspector-General of Police, says the Force’s Special Weapons and Tactics (SWAT) squad is still not operational one year after it was established.

SWAT was established in October to replace the Special Anti-Robbery Squad (SARS), which was disbanded in the wake of historic nationwide demonstrations against the unit’s widespread involvement in citizen violence.

The new squad was founded to fill the void left by the demise of SARS, which was tasked with combating violent crimes such as armed robbery and kidnapping, but it has remained mostly unnoticed since last year.

During a press conference on Thursday, October 28, 2021, Baba stated that the unit requires a lot of resources that are presently unavailable from authorities.

“SWAT requires specialised uniforms, arms, offices, kits, and other things. We’re working on it,” he told reporters at the Presidential Villa.

The police chief also stated that other tactical elements of the force, such as the IGP Intelligence Response Team (IRT), Special Tactical Squad (STS), and Rapid Response Squad, are temporarily filling the void that SWAT was supposed to fill (RRS).

Last October, about 2,000 policemen were recruited into SWAT and began basic training right away, but their deployment has been questioned because they haven’t been seen in public.

Last month, Mohammed Dingyadi, the Minister of Police Affairs, expressed his dissatisfaction at being asked about SWAT’s appearance on a regular basis.

The minister stated that operatives have already been assigned to their various job locations across the country and are doing admirably.

The International Committee of the Red Cross (ICRC) and other development partners collaborated on the training of SWAT recruits last year.

Officers from the defunct SARS unit were not allowed to join the new tactical unit.