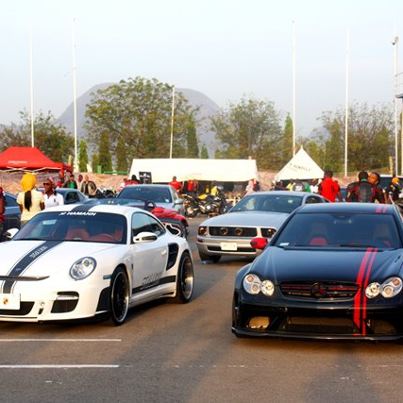 In Abuja, the Police Command in the Federal Capital Territory (FCT) announced the arrest of four persons and the seizure of 21 vehicles in connection with unlawful automobile races and other related offenses.

The Federal Capital Territory (FCT) Police Command in Abuja reported the arrest of four people and the confiscation of 21 cars in connection with illegal motor races and other related offenses.

She stated that the suspects were apprehended and the vehicles seized in accordance with Regulation 228 of the Road Traffic Act, which prohibits illicit automobile races and other related infractions.

On Sunday, Adeh stated, an enforcement team led by Commissioner of Police (CP) in Charge of the FCT, Mr Babaji, apprehended and seized the automobiles.

The suspects were apprehended at Muhammadu Buhari Way, beside Nicon Insurance Area, where they had converged for business as normal, according to the PPRO.

According to the Nigerian News Agency (NAN), the Police Command in the Federal Capital Territory (FCT) ordered full implementation of the prohibition on all types of automobile and speed races in the territory on Thursday.

All Divisional Police Officers (DPOs) and their supervising Area Commanders were ordered by the CP to ensure that the restriction was fully enforced in their respective Areas of Responsibility (AoR).

The order was issued in response to public uproar about the dangers of recklessness, including the possibility of loss of life, personal property damage, and essential national infrastructure damage caused by automobile and speed races.

Illegal car racing, acceleration races, speed competitions, and physical endurance tests, among other things, had made it difficult for road users in the FCT to navigate traffic.

Former BBNaija's Miracle's Estranged Lover Says, "We Got Married In 2020"