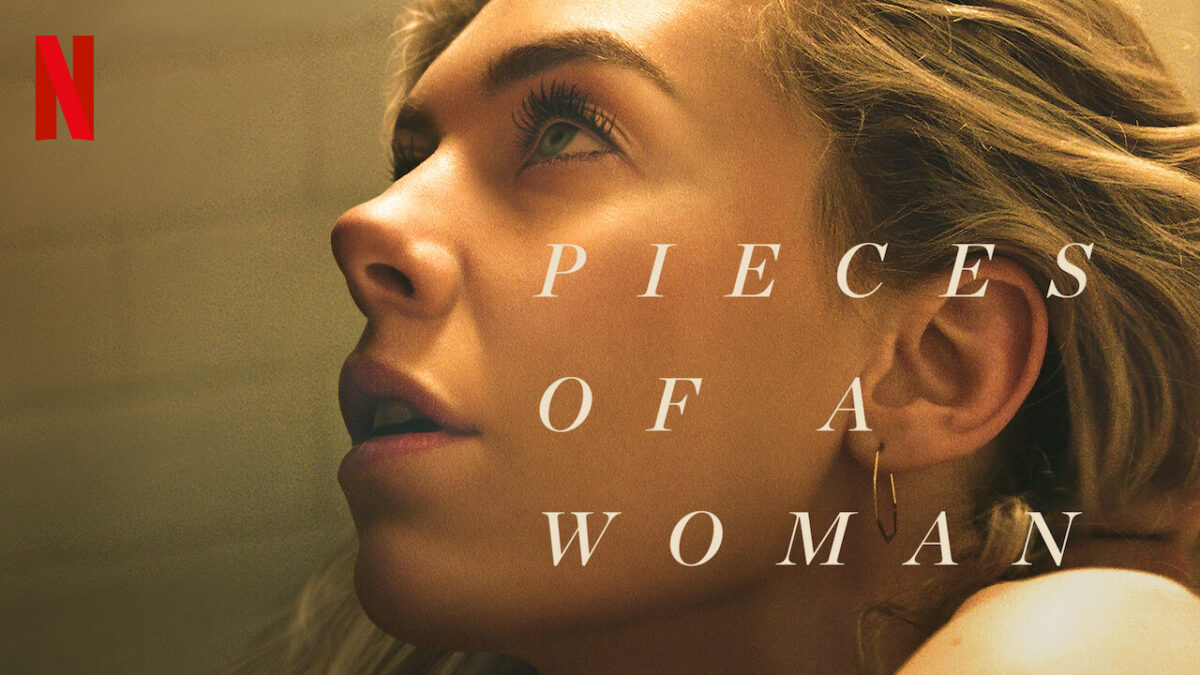 It stars Vanessa Kirby and Shia LaBeouf as a couple dealing with the death of their child.

‘Pieces of a Woman’ stood out from other Netflix dramas published this year due to its low energy storytelling. The melancholy mood pervades every scene, and the spectator bears the weight of those feelings to the point where the audience is literally inside all of the characters’ thoughts.

Martha Wiess is the main focus of this film from the beginning to the end. A pregnant wife looking forward to the joys of motherhood. Unfortunately, the delight is fleeting after an estimated thirty minutes of severe labor, as the infant dies minutes after its first cry. Because of Vanessa Kirby’s performance and Kornel Mundruczo’s distinct visual direction. If they wanted me to feel empathy, they succeeded.

The terrible outcome of the home birth acts as the catalyst for this two-hour character-driven drama.

Martha suffers from sadness and melancholy, and she isolates herself from her family. Martha, on the other hand, is in a bad mood. Her husband succumbs to his doubts and worst instincts. He begins an affair with their trial attorney, who was hired by Martha’s mother.

Martha’s mother emphasizes the Trial as a window for closure during a passionate monologue about her own mother’s difficulties raising her, and after a brief period of internal conflict, Martha goes forward with it.

During the trial, she defends the midwife accused of being responsible for the baby’s death. Martha even has another child, Lucy, who appears in the final scene—though we don’t know if Martha has the same partner. A new house [different from the one in which she had a disastrous homebirth] foreshadows a new beginning for Martha.

The movie will thrill you with the chasm of loss shrewdly carried out by Vanessa Kirby.

'Finding Ohana' Is A Movie About Hawaiian Heritage