Home > News > Penelope Cruz, Lupita Nyong’o, And Other Star In The New Action Thriller ‘THE 355’ 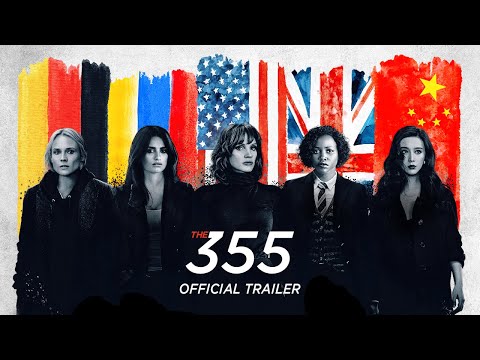 Five women prevent a global company from obtaining weaponry that could push the world into complete chaos.

When a top-secret weapon falls into the wrong hands, CIA agent Mason “Mace” Brown (Oscar®-nominated actress Jessica Chastain) will need to merge skills with equal badass German agent Marie (Diane Kruger, In the Fade), former MI6 ally and state-of-the-art computer maven Khadijah (Lupita Nyong’o), and able Colombian psychologist Graciela (Penélope Cruz) on a deadly mission to recover it, at the same time trying to stay two steps ahead of an ambiguous woman, Lin Mi Sheng (Bingbing Fan), who is trailing their every move.

While the action-packed plot of ‘THE 355’ is a certain factor that makes it a must-see, the global settings in which the story takes place is also a significant bonus to the thriller [Kinda reminds us of Charlie’s Angels], except here, four women of various nationalities and skill sets forge a tight bond—one on which the fate of the world depends.

The budget for this star-studded picture is believed to be $75 million, according to an indiewire article. The musical soundtrack is composed by Tom Holkenberg, a Grammy-nominated and multi-platinum producer (Zack Snyder’s Justice League, Godzilla versus Kong, Mad Max Fury, Alita: Battle Angel, Army of the Dead, Deadpool, Tomb Raider, and a dozen more films). Theresa Rebeck is the author of the story (Trouble). Perfect World Pictures, Freckle Films, Genre Films, and Film Nation Entertainment were in charge of the production.

The Next 'StartupSouth6' Will Be Held In Enugu