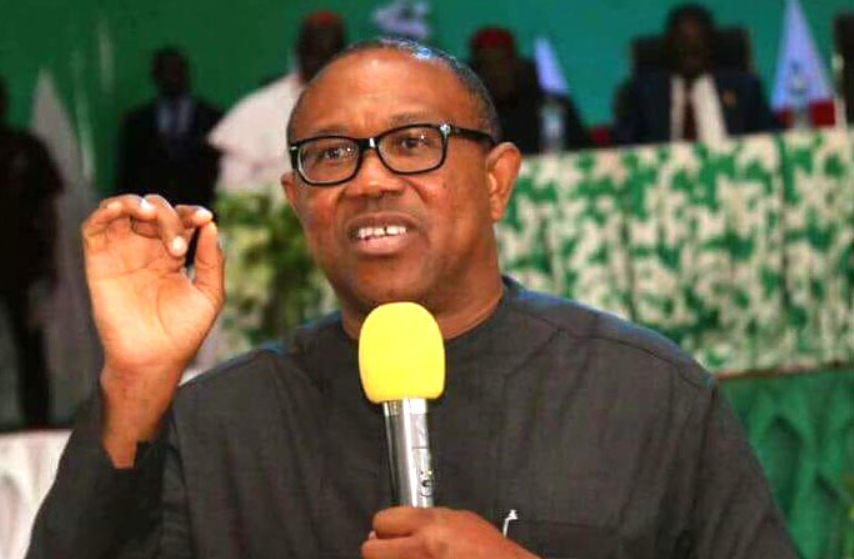 According to Utomi, the Labour Party has made contact with Peter Obi, a front-runner for the presidency.

On Wednesday, May 25, 2022, the former governor of Anambra state left the Peoples Democratic Party (PDP) to pursue his presidential ambitions in 2023.

On Thursday, May 26, 2022, Utomi revealed to newcomers at the LP National Secretariat in Abuja that he was one among those who called Obi to persuade him to join the LP.
“Yes, we’re in touch. I’m in touch with Peter Obi,” said Utomi.

When pressed to elaborate on their conversation, the learned Professor remarked, “We talked about the Nigerian situation and how everyone has to work.”

“If you take the temperature of the Nigerian people, if you feel their pressure, you will know that one thing they would not want is to have anything to do with APC or PDP. The two parties have run the country down. So rational people will vote out APC and PDP in 2023.

However, a group claims that Obi’s departure from the PDP will lose the party 15 million votes in next year’s general election.

The group, under the aegis of Coalition for Peter Obi’s Presidential Aspiration, also commended the Presidential aspirant for yielding to its request to dump the opposition party with a view to form an alliance with credible Nigerians and run for office in 2023.

They praised Peter Obi as a respectable guy who had refused to join the PDP’s money politics, adding that he had made the right decision by leaving the party.

Obi has already stated that he was leaving the PDP due to recent changes inside the party.

Abba Kyari Is Safe In custody, No Danger To His Life - Correctional Service