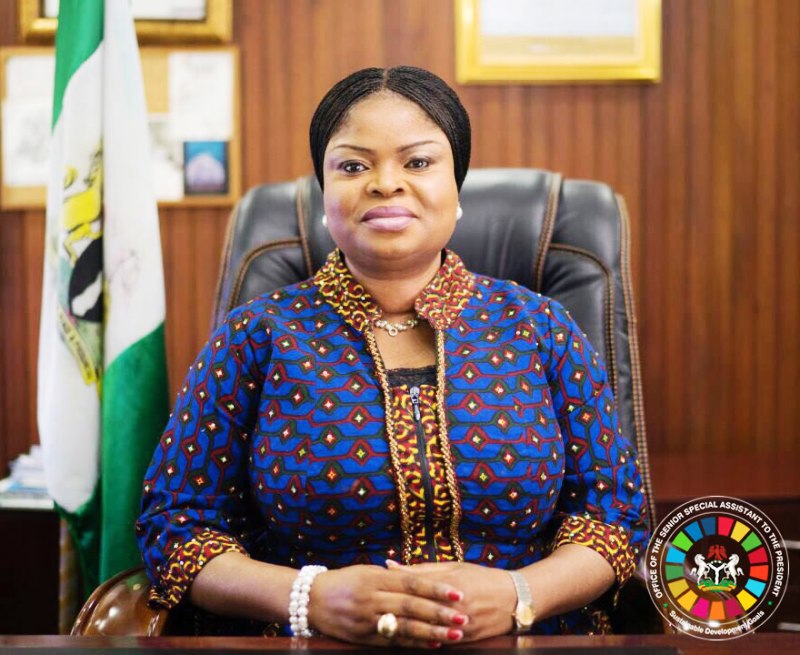 To tackle poverty and unemployment in Nigeria, the Office of the Senior Special Assistant to the President on Sustainable Development Goals (OSSAP-SDGs) intends to establish Skills Acquisition Centres around the country.

Princess Adejoke Orelope-Adefulire, the Senior Special Assistant to the President on Sustainable Development Goals, made the announcement at the opening of one of the OSSAP-SDGs-built and equipped centers and classroom blocks in Gombe State’s capital.

Ms Amina Mohammed, the UN’s Deputy Secretary-General, was honored with a Skill Acquisition Centre and a block of classrooms.

It has the potential to yearly train approximately 1,200 young people in life skills.

According to the Presidential Adviser on SDGs, the Skill Acquisition Centre is intended to be a strategic tool for youth economic empowerment by providing training in vocations such as sewing, fashion & dressmaking, information and communications technology (ICT), photography, hairstyling & cosmetology, barbing, catering, tiling & interlocking, aluminum fabrication & welding, automobile, and tiling & interlocking.

Short-term training in beadmaking, soapmaking, make-up artistry, event planning, painting, drawing, weaving, and shoemaking is also available at the facility, which is one of several built and equipped around the country.

Massive OSSAP-SDGs investments in skills acquisition for Nigerian youths, according to Princess Orelope-Adefulire, are based on the recognition that no meaningful progress can be made in the areas of economic development, security, and the eradication of corruption in society without the productive engagement of the youths.

She also stated that such skill centers are vital for President Muhammadu Buhari’s administration to fulfill its goal of lifting 100 million Nigerians out of poverty.

There is empirical evidence that investing in adolescents contributes to poverty elimination, which leads to social security, and therefore to the achievement of SDGs 1, 2, 3, 4, 5, 8, 9, 16, and 17 respectively. This is one of the reasons why the Centre is so important to the achievement of the Global Development Agenda, according to Orelope-Adefulire.

Further underlining the importance of the Centre in achieving the Global Development Agenda, the SDGs head stated that a man or woman who is equipped with the necessary skills may overcome poverty, which is addressed by Goal 1. (No Poverty). Goal 2 (Zero Hunger) is closely connected to this since he or she is more likely to be able to feed oneself or herself and the family.

Once poverty is eliminated from a family, the chances of achieving Goal 3 (good health and well-being) and Goal 4 (quality education for children) increases. The same may be said for Goal 5 (Gender Equality), as women’s empowerment is one of the most effective ways to achieve gender equality.

In the same vein, life-skills development is critical for providing decent work and economic growth, as stated in Goal 8, as well as promoting innovation and infrastructure development (Goal 9) and promoting peace and justice (Goal 16).

The Governor of Gombe State, Muhammadu Inuwa Yahaya, who commissioned the Centre, noted the project’s importance in tackling the state’s unemployment issues and said that his government will continue to work hard to enhance Gombe’s Human Capital Development.

Amina Mohammed, the UN Deputy Secretary-General, praised Princess Adejoke Orelope-Adefulire, the Senior Special Assistant to the President on SDGs, for her dedication in battling unemployment and the praiseworthy efforts made by OSSAP-SDGs to boost economic growth.