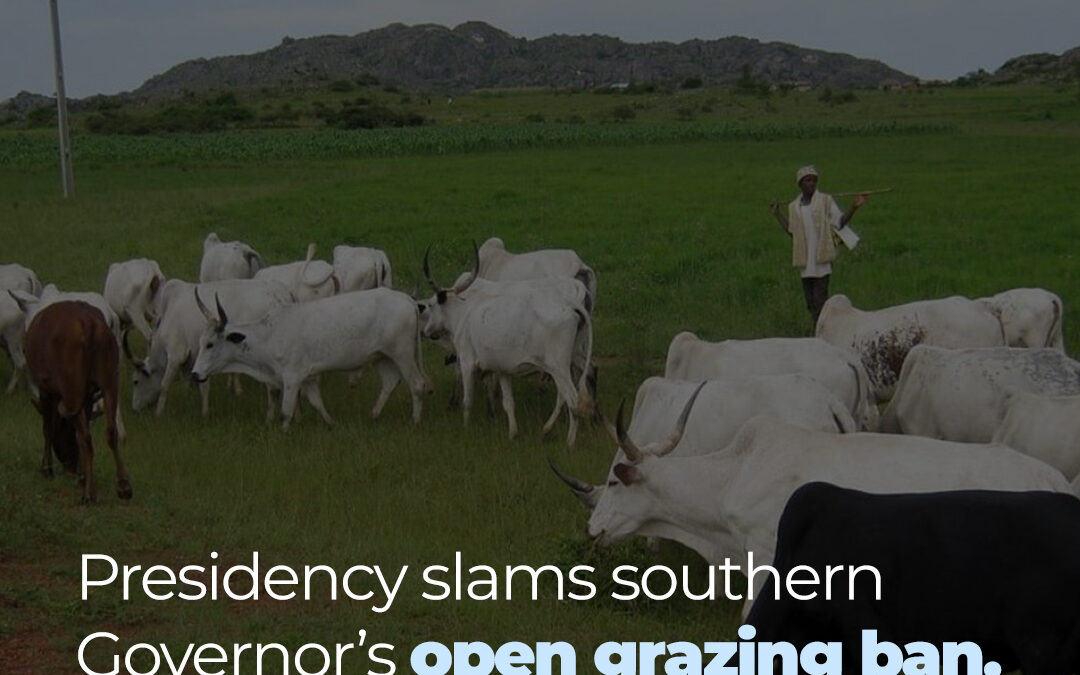 The Presidency has described South’s governors ban on open grazing as legally questionable.
Accusing the governors of playing politics with serious security issues while attempting to show off power.
The Presidency’s was made available by Senior Special Assistant to the President on Media and Publicity, Mallam Garba Shehu.

READ ALSO: Air Peace has announced the commencement of Ilorin flights from Lagos and Abuja and has also increased its Accra flight frequency

They insisted that the Governors action during the recent meeting in Asaba, Delta state is a violation of the constitutional right of Nigerians to live and do business in any part of the country, irrespective of such citizen’s state of origin.

It recalled that President Muhammadu Buhari had already approved specific measures to bring the incessant farmers/herders clashes to an end, adding that the southern governors did not offer any solution to the farmers/ herders crisis, which has bedeviled the nation for decades.

The 17 Southern governors at a meeting in Asaba, the Delta State capital, jointly decided to enforce the ban on open grazing. They called on the Federal Government to fund the Livestock Transformation Programme.
They also took other decisions including calling for a national dialogue and restructuring of the country to pave the way for state police and a review of the revenue formula.