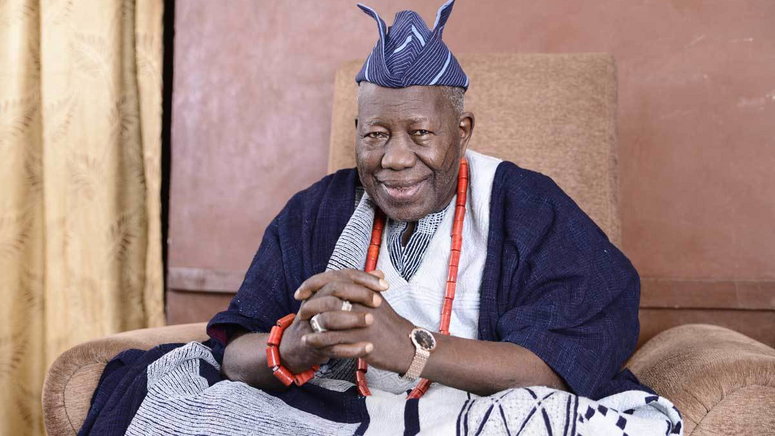 The Oba’s passing was regarded by Ogundoyin as shocking and unbelievable.

Mr Adebo Ogundoyin, Speaker of the Oyo State House of Assembly, conveyed his condolences on the death of the Olubadan of Ibadan, Oba Saliu Akanmu Adetunji, on Sunday in Ibadan (Aje Ogungunniso 1).

On Sunday, the 93-year-old Olubadan died at the University College Hospital (UCH) in Ibadan, joining his forefathers.

The Oba’s passing was regarded by Ogundoyin as shocking and unbelievable.

“Just within the space of one month, Oyo State lost three highly-revered Obas to the cold hands of death. This is really shocking and unbelievable.

“First it was the Soun Ogbomoso, Oba Jimoh Oyewumi (Ajagungbade III) the second was the Asigangan of Igangan, Oba Lasisi Olawuyi Adeoyo and now the Olubadan of Ibadan.

“I commiserate with the good people of Ibadan and Oyo Sate in general on this sad incident in the New Year.

“We have lost another highly successful businessman and a good father to us all. Our government has lost another very good friend and adviser.

“My heartfelt sympathies to the Oyo State Traditional Council of Obas and particularly to the Olubadan-in-Council for this great loss,’’ he said.

According to Ogundoyin, the late Oba Adetunji was a morally pure traditional monarch whose fatherly wisdom would be missed.

“The reign of the late Olubadan had been relatively peaceful.

“I pray for the repose of the soul of the Olubadan and for Allah to grant him the best abode in Al-Jannah Firdaous,’’ he said.

Oba Adetunji, the 41st Olubadan of Ibadan, ascended the throne on March 4, 2016, according to the Nigerian News Agency (NAN).