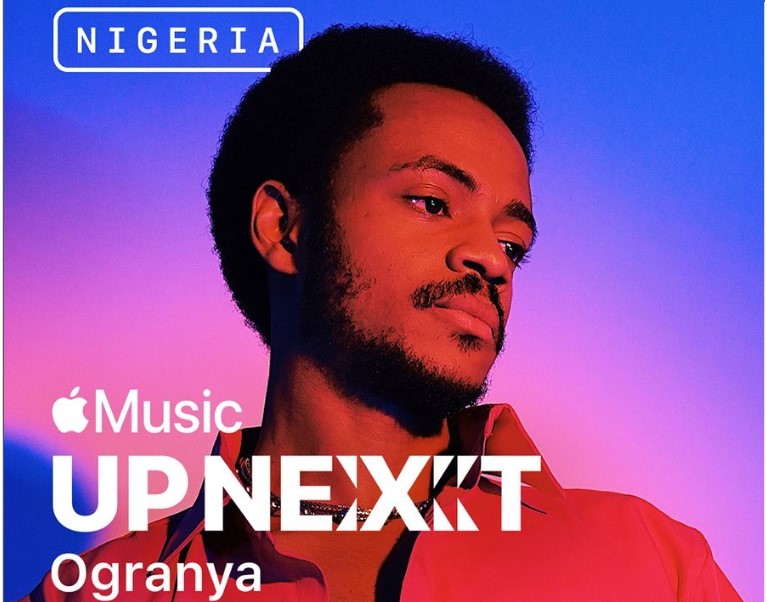 Ogranya Named Apple Music Up Next Artist In Nigeria

Singer-songwriter Ogranya has been named as the newest featured artist in Nigeria’s Up Next artist development program by the world’s largest music streaming service, Apple Music. The news was made on July 31, 2022, a Wednesday.

Ogranya told Apple Music in his statement,  “I’ve been making music for a little over a decade now, and as an artist who often wishes to stay true to his craft, I’ve intentionally shut off every aspect of myself that would want to clamor for recognition and such”.

Ogranya spoke on how crucial it was for Apple Music to promote Nigerian music, “Music is art, and art deserves to be appreciated, sooner or later. Being affirmed in this manner, as Apple Music’s Up Next artist at this point in my career, is priceless to my journey. I’m excited about how much of a springboard this will be for everything I’ve hoped to accomplish with my art and how exhilarating it is for everyone who has ever expressed faith in my art.”

How exciting it is for everyone who has ever shown trust in my art, and how much of a springboard this will be for all I’ve intended to do with it.

Born and raised in Port-Harcourt, Nigeria, Ogranya Jable Osai has a Bachelor of Architecture from Ghana’s Kwame Nkrumah University of Science and Technology (KNUST).

Ogranya, who was born into a musical family, will enter the music business like his father. Ogranya’s debut EP, “Imperfect,” which was released in 2020, is a rich amalgam of traditional R&B melodies and fervent poetry, with influences from Frank Sinatra, John Mayer, Ne-Yo, and Kanye West.

Through his “Project 52” endeavor, he created music history by becoming the first artist to release new music every week for a whole year.

His most recent EP, “Festival of the Sun,” published in August 2022 through RedClaye Entertainment and streamable on Apple Music, is a captivating and evocative six-track exploration of Afrobeats, R&B, soul, and jazz melodies, based on the rich, romantic ballad.

Ogranya will be included on Apple Music’s Nigeria’s Up Next playlist as the most recent Up Next talent to be featured in Nigeria. The carefully chosen new and upcoming artists on the Up Next playlist were selected by Apple Music editors from across the globe. The genre-neutral playlist features a group of musicians who our international editors are keen to introduce to a wider audience.