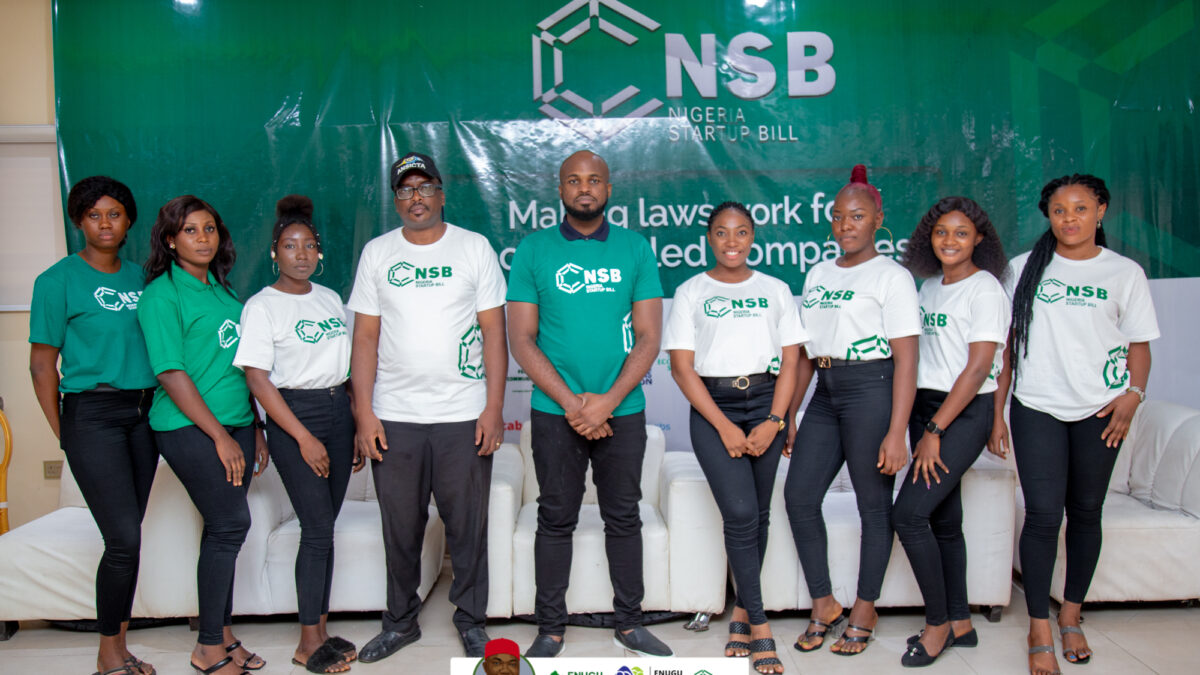 The purpose was to engage stakeholders in the public and private sectors in order to gain their understanding and proposals for the development of comprehensive law and policy to cover the business and activities of startups.

According to ITREALMS, the townhall meeting was part of NSB’s advocacy and national buy-in strategy, which includes a national effort to develop law and policy to cover the technology sector, with full participation from the Presidency and relevant Ministries, Departments, and Agencies (MDA) of the Federal Government.

Engr. Michael Ifeanyi Orekyeh, the Coordinator of the NSB’s SE Regional Town Hall, told ITREALMS over the weekend that the sessions were held across the country’s six geographic zones.

The goal, according to Orekyeh, was to engage public and private sector players for their understanding, inputs, opinions, and recommendations in order to develop a rich and all-encompassing law and policy that would cover the operations and activities of startups.

After the recent SE meetings at Sam’s Hall, Amaedo Events Center by Oakland’s Hotel in Enugu, he told ITREALMS that the event brought together the technology ecosystem of various states and allowed them to participate in the development of this bill, which is critical to the development of technology innovation and enterprises nationwide.

“We hope will be passed by the National Assembly in the coming months,” he declared.

Mr. Chineye Mba-Uzoukwu, National President, Institute of Software Professionals of Nigeria (ISPON) and NSB Advisory Council Member, gave the keynote address, which centered on “the definition, evolution, and present form of Startups and how they are the successful model for giving birth to technology based enterprises in many countries of the world,” according to Orekyeh, who also serves as the Chief Operating Officer (COO) of Anambra ICT Agency (ANSIC)

The ISPON president also stated that the phenomena had acquired momentum in Nigeria and had attracted enormous sums of money in dollars, but that this was largely concentrated in Lagos.

He emphasized the need of guiding and strengthening the startup industry across Nigeria, encouraging people from all walks of life to get involved in building technology-based businesses that meet international standards.

In addition, ITREALMS learned about a moderated panel where Startups from the technology ecosystem from all of the South East’s states presented their formation, operations, triumphs, and challenges.

He underlined that Nneka Ukay, the Executive Secretary of ISN Hubs and one of the primary drivers of the NSB, expressed hope that the NSB would fulfill its purpose, stressing how crucial participation of various stakeholders and their opinions were in the creation of the law and surrounding policies.