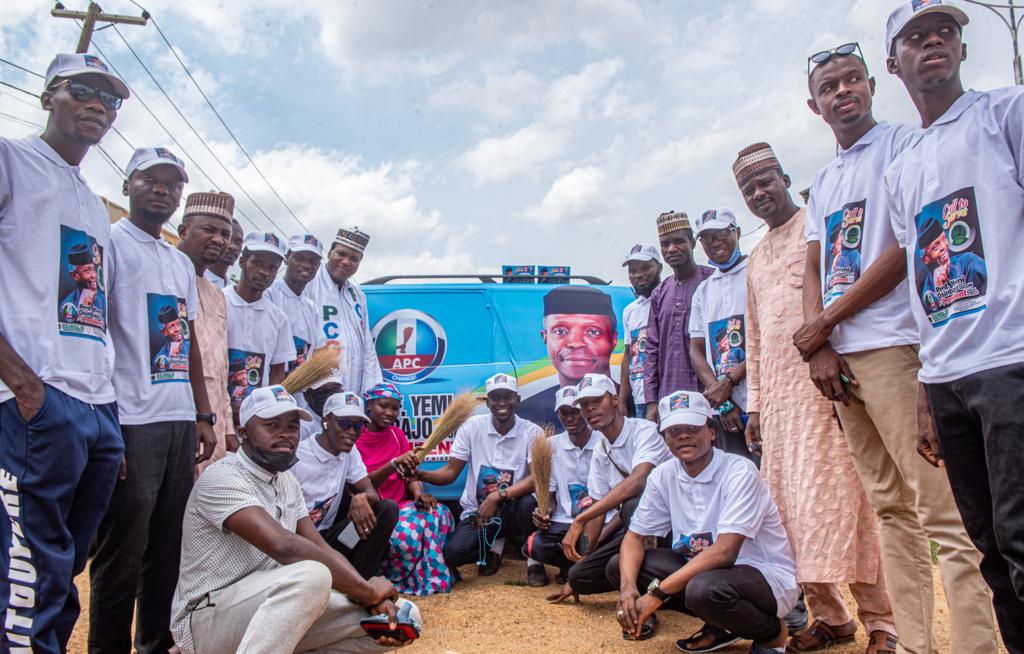 Members of the group have stated that they had never met Osinbajo in person.

In Kano, a group of northern youths has begun a campaign to rally support for Vice President Yemi Osinbajo ahead of the presidential elections in 2023.

The organization operates under the umbrella of the Osinbajo Awareness Campaign (OAC).

The organization has launched a platform to organize 20 million youths throughout the 19 northern states and the Federal Capital Territory (FCT), claiming that Osinbajo is the only person capable of carrying out President Buhari’s reform program.

“We are launching the awareness campaign across the northern states to mobilize support for Vice President Professor Yemi Osinbajo towards making him our next president,” says National Coordinator of the group, Mubarak Haruna.

“None of us has ever met him in person but from all we know, we are convinced that the vice president is the only tested and trusted candidate that can continue the good works started by President Muhammadu Buhari.

“It is obvious that Professor Osinbajo is a visionary leader, a patriotic citizen whose loyalty to one indivisible Nigeria is never in doubt; he is a detribalised Nigerian who is widely accepted, irrespective of religion and tribe across the country. We will support him to make sure he wins,” Haruna adds.

The committee also admits that Osinbajo has not yet indicated a desire to enter the presidential election race.

Haruna, on the other hand, believes that it is in the APC’s best interests to yield the presidency ticket to the southern geopolitical area, from where Osinbajo comes.

Other similar organisations have also been vocal in their support for an Osinbajo presidency.

The vice president has been tight-lipped about his political ambitions ahead of the election, with his staff constantly saying that he is solely focused on assisting President Buhari in fulfilling his electoral pledges to Nigerians.