Home > News > No Tribe Or Religion Has Monopoly Of Leading Nigeria, Says Tambuwal 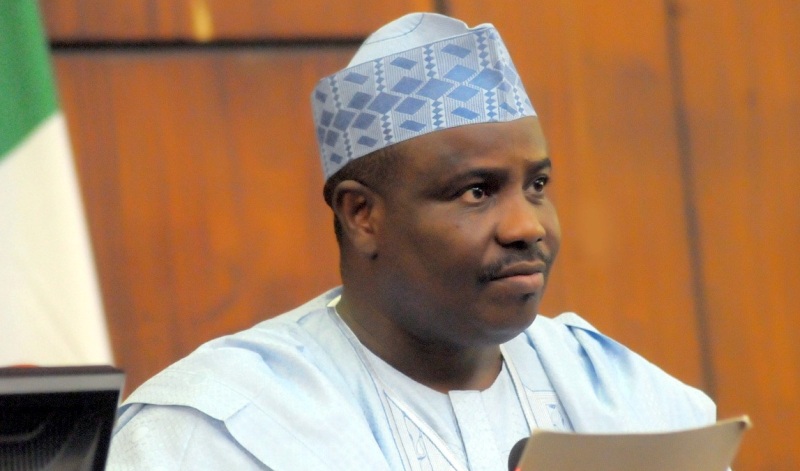 Tambuwal claims that every Nigerian, regardless of religious, tribal, or ethnic distinctions, calls Sokoto state home.

Aminu Waziri Tambuwal, the governor of Sokoto State, claims that Nigeria’s leadership does not belong to any ethnic group or religion.

On Friday, October 15, 2021, the governor welcomed the National President of the Christian Association of Nigeria, Rev. Ayokunle Samson Olasupo, in the Council Chamber at Government House in Sokoto.

He said, “The leadership of the country is mutually complementary as Nigeria belongs to every Nigerian, and no one will send anyone out of the country, hence the need to remain together for the betterment of the country.

“The kind of leadership the country needs is one that will understand the issues of diversities and is inclusive in its approach to governance, without tribal or religious sentiments.

“Both Islam and Christianity have been coexisting even before the union of the country came into existence. Those who know history said Christianity and Islam belong to the same root. Jerusalem and Damascus are examples of places where the two religions are being practised side by side.”

Tambuwal, on the other hand, commended Alhaji Muhammad Sa’ad Abubakar, the Sultan of Sokoto, and the CAN President for their efforts in preaching peace and unity in the country.

He insisted that Sokoto State is home to all Nigerians, regardless of their religious, tribal, or ethnic affiliations.

According to him, this is why his administration exempts children of other Nigerians living in the state who attend public schools from paying fees, just as the state’s indigenes do.

The CAN President stated that he was at Sokoto to connect with the Sultanate, the government, and the people of the state in order to find answers to the country’s security issues.

While expressing his condolences to the people of the state for the deaths caused by banditry, Rev. Olasupo urged Muslims and Christians to live in peace.

Ugwuanyi Described By PDP Governors As As Instrument Of Stabilisation