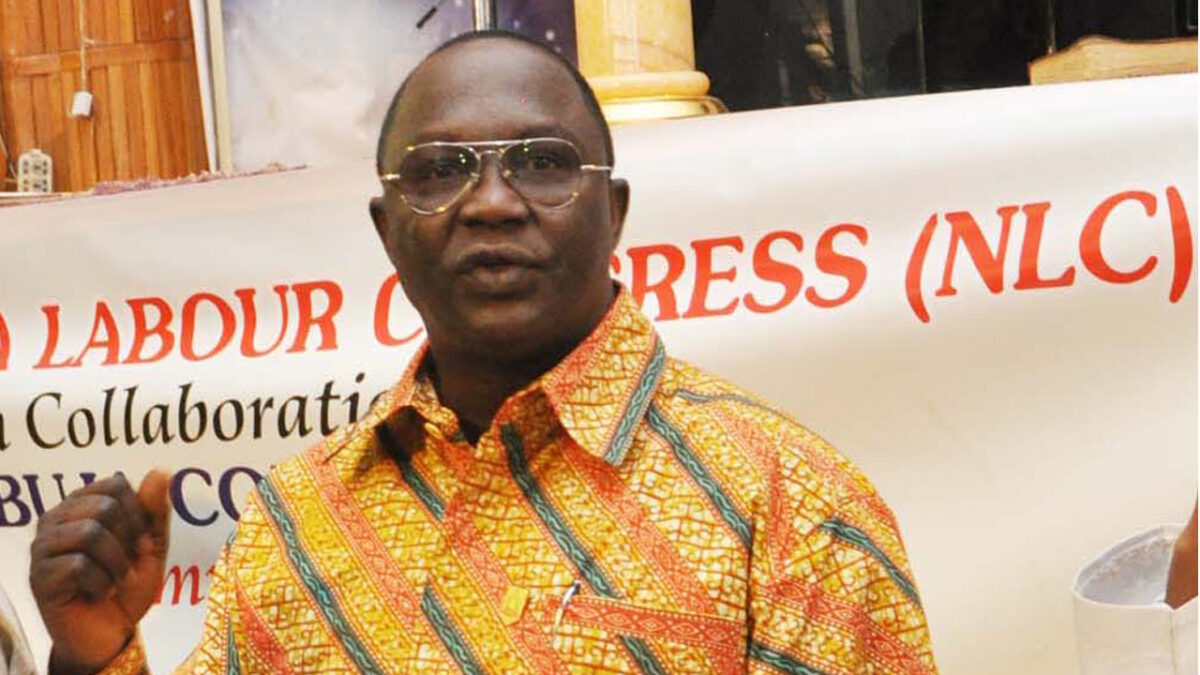 While criticizing the planned petroleum price hike, the Nigeria Labour Congress (NLC) has urged the Federal Government to examine measures to assist the country in embracing progressive governance and responsible leadership.

Comrade Ayuba Wabba, President of the Nigerian Labour Congress (NLC), made the remark in a statement to journalists in Abuja titled: ”Nigerian workers refused to take the bait’’.

Malam Mele Kyari, the Group Managing Director of the Nigerian National Petroleum Corporation (NNPC), has said that fuel might cost as high as N340 from February 2022, according to him.

The government’s proposal to give N5,000 to 40 million Nigerians as a palliative to soften the impact of the exorbitant increase in the price of petrol was termed by Wabba as “comical.”

He said that the entire sum involved in the “gay project” was significantly greater than the amount estimated by the government to be spent on fuel subsidies now.

“The NNPC GMD said that the price increase would be consequent on the plans by the Federal Government to remove subsidy on Premium Motor Spirit, also commonly referred to as petrol or fuel.

“The grand optimism of the NNPC GMD was predicated on the claims that the removal of fuel subsidy is now backed by an act of parliament probably the Petroleum Industry Act which was recently signed into law,’’ he said.

Mrs Zainab Ahmed, the Minister of Finance, Budget, and National Planning, said the same thing on Tuesday at the presentation of the World Bank’s Nigeria Development Update, according to Wabba (NDU).

He went on to say that the minister disclosed the government’s plans to give N5000 to each of the 40 million poorest Nigerians as a transportation allowance to offset the impact of the anticipated fuel subsidy elimination.

The statements by the NNPC GMD and the Minister, according to Wabba, were in line with the World Bank and the International Monetary Fund (IMF) stances, which encouraged the Federal Government to eliminate petroleum subsidies.

“The response of the NLC is that what we are hearing is the conversation of the Federal government with neoliberal international monetary institutions.

“The conversation between the government and the people of Nigeria, especially workers under the auspices of the trade union movement on the matter of fuel subsidy was adjourned sine die so many months ago.

“Given the nationwide panic that has trailed the disclosure of the monologue within the corridors of government and foreign interests, the NLC wishes to maintain its rejection of deregulation based on import- driven model.

“We wish to reiterate our persuasion that the only benefit of deregulation based on import driven model is that Nigerian consumers will infinitely continue to pay high prices for refined petroleum products.

“This situation will definitely be compounded by the astronomical devaluation of the naira which currently goes for N560 to one US dollar in the parallel market,’’ he said.

Any effort to compare the price of gasoline in Nigeria to that of other nations, according to the NLC president, would be based on a flawed assumption since it would be like comparing apples with mangoes.

Wabba said the government’s plan to raise the price of gasoline by more than 200 percent was a perfect formula for a worsening piling of hyperinflation and stratospheric price increases in products and services.

This, he says, will open the door to societal implications such as the development of the existing insecurity issues.

BBNaija’s Princess Criticizes Phyna For Revealing She Had Two Abortions