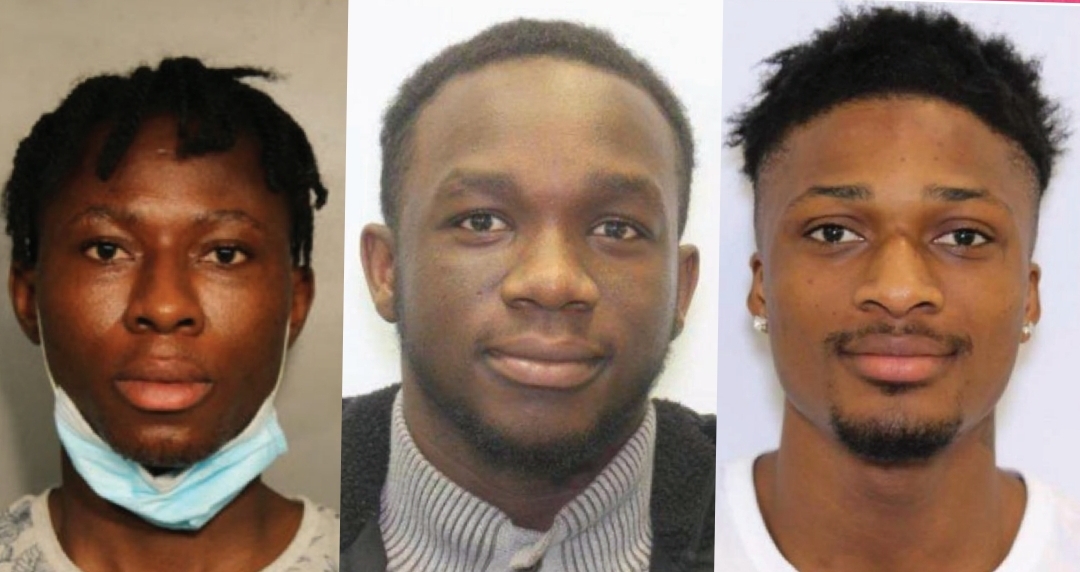 According to court records obtained by Peoples Gazette, the FBI and other law enforcement authorities in the United States uncovered a Nigerian jobless fraud ring.

The alleged Internet criminals received nearly $1.4 million in unemployment benefits from California, Arizona, Maryland, and North Carolina using an address in Hyattsville, Maryland. According to court papers obtained by The Gazette, California’s Employment Development Department collected at least $1.2 million of the theft.

“The study determined that a large number of UI applications linked with this location is unjustified, and hence a sign of fraudulent conduct, based on the size of the apartment. According to the lawsuit filed in California, “142 UI claim accounts utilizing the 75th Avenue apartment address issued a total of 175 prepaid cards from the states of Arizona, California, Maryland, and North Carolina,” Mr Collins added.

According to court records, there were many efforts to collect fake unemployment insurance from Hawaii, Louisiana, Massachusetts, Mississippi, Texas, Washington, and West Virginia using the same address.

The accused utilized untraceable IP addresses and made claims that they had lost employment as an accountant, dance therapist, computer consultant, librarian, or other vocations, according to the lawsuit.

Federal officials claimed they saw that foreign fraudsters and con artists were taking advantage of the huge amount of COVID-19 checks being handed out to soften the effect of the epidemic amongst Americans.

It was not immediately apparent whether or if the suspects had contacted their attorneys. The arrest was the latest in a growing number of arrests made by US officials in connection with false jobless claims and other fraudulent operations involving Nigerians.

Bidemi Rufai, an appointee of Governor Dapo Abiodun of Ogun State, was detained by the FBI in May while attempting to fly to Nigeria from New York. He has been held in custody since then.

Ramon Abbas, also known as Hushpuppi, was arrested in Dubai in July of last year and extradited to the United States to face charges related to years of Internet fraud targeting Americans. He has been in jail as well.

Obinwanne Okeke of the Invictus Group and Allen Onyema of Air Peace Limited, both Nigerian businesspeople, were charged in 2019 on allegations of multimillion-dollar fraud. Mr Okeke was later found guilty and sentenced to jail, while Mr Onyema’s case is still continuing in federal court in Atlanta, Georgia.