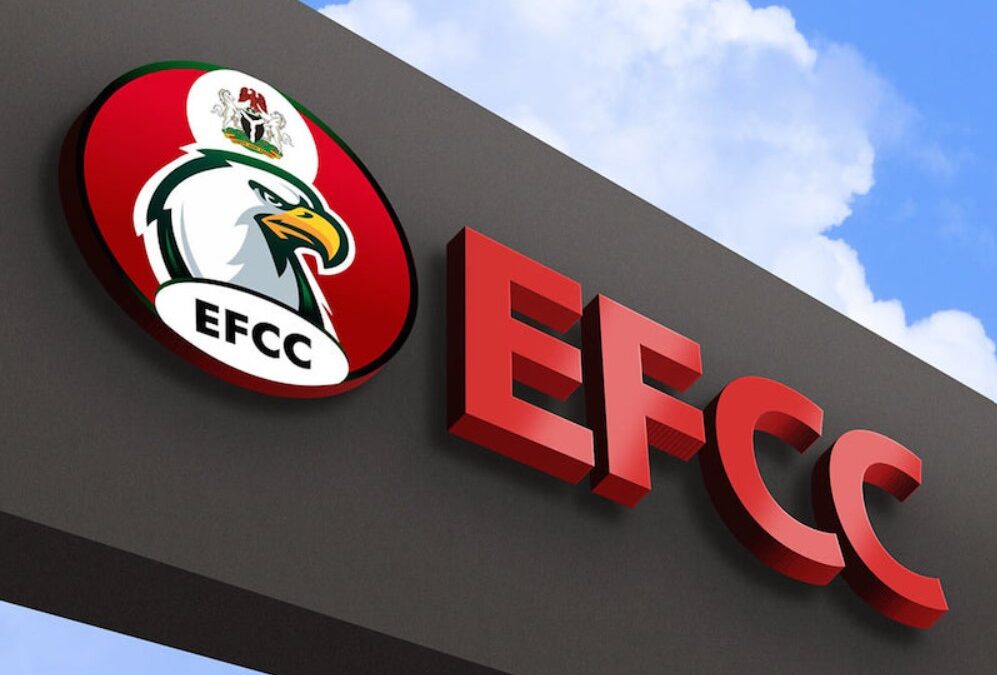 The Nigeria Financial Intelligence Unit has flagged suspicious transactions valued at over N150tn between January and March 2022, according to its Suspicious Transaction Report/Suspicious Activity Report released on Sunday.

The development came as the Economic and Financial Crimes Commission and NFIU officials said they had intensified their surveillance on campaign spending by political parties and their candidates ahead of the 2023 polls.

Multiple EFCC and NFIU sources said their personnel was carrying out a series of joint operations to close in on several suspicious spending by parties, candidates, and top chieftains.

NFIU, formerly a unit under the EFCC, is the central national agency responsible for the coordination of the country’s anti-money laundering, counter-terrorist financing, and counter-proliferation financing frameworks.

Also, the EFCC has deployed its operatives to track candidates’ campaign spending and monitor their bank accounts as part of actions to combat money laundering ahead of the general elections.

The development, it was gathered, was also meant to frustrate the movement of huge cash under the guise of election spending by the candidates and their political parties.

According to the latest NFIU report, the N150tn suspicious transactions were reported by banks, insurance firms, microfinance banks, assets management companies, brokers, and other financial institutions.

The report shows that suspicious transactions have risen by 23 percent in the first quarter of this year compared to the corresponding period of last year.

Meanwhile, out of the 2,845,927 suspicious transactions recorded by financial institutions in the first quarter of the year, banks alone accounted for 2,810,213, according to the NFIU activity statistics.

The NFIU also disclosed that suspicious transactions increased by 22.91 percent in Q1 2022 compared to Q1 2021.

The financial institutions reported N108.5tn suspicious transactions in the first quarter of 2021.

The intelligence agency stated, ‘’Based on the table (of transactions), all agency business had an increase in Suspicious Transactions Reported to the NFIU in Q1 2022 compared to Q1 2021 with the exception of Development Financial Institutions.

The NFIU explained that it recorded a total of N1.9tn suspicious transactions between July and December 2021.

Between October and December, the financial intelligence agency recorded suspicious transactions valued at N1.706tn with banks accounting for N1.704tn.

In the third quarter of 2020, the unit recorded 4,392 STRs valued at N292.2bn with banks alone accounting for 4,328 suspicious transactions.

Comparing the STRs in the third quarter of 2020 and 2021, the NFIU said, “Primary Mortgage Institutions, insurance companies, microfinance banks, merchant banks, trustee and finance companies had an increase in suspicious transactions received in Q3 2021 compared to Q3 2020.

The financial intelligence agency noted that insurance companies and other financial institutions reported an increase in suspicious activity in Q1 2022 compared to Q1 2021.

Similarly, financial institutions reported currency transactions estimated at N153.5tn in the first quarter of the year.

Financial institutions are required to file currency transaction reports for each transaction in currency – deposit, withdrawal, exchange of currency, or other payment or transfer within a certain threshold to help prevent money laundering.

Also, the NFIU revealed that it supplied 103 intelligence reports to the military and other security agencies in the first quarter of the year; 101 to other competent authorities, and 46 to law enforcement agencies totaling 250.

It honored 18 requests for information from various countries between January and March.

It also honored 1,442 requests for information by the military and security agencies (616); law enforcement agencies (532); judiciary (14); the private sector (14) and other competent authorities (266) in the third quarter of 2021, while a total of 1,334 reports were dispatched to the requesting agencies in the same period in 2020.

The unit added, “Only five countries – USA, Japan, Malta, Liechtenstein, and Cameroun – forwarded a request for information to the NFIU in both Q3 2020 and Q3 2021.

Meanwhile, The PUNCH reliably gathered that the EFCC and the NFIU are jointly tracking the financial transactions of presidential, governorship, national, and state assembly candidates.

The operation also includes focused scrutiny on top bankers who were suspected of enabling Very Important Persons to transfer huge stash of money.

Though 18 candidates are contesting the presidential poll, there are indications that the agencies are focusing on the leading parties and their candidates based on their capacities to generate huge donations, including illicit funds, which could be laundered under campaign or election expenditures.

Our correspondent had in an exclusive report in May revealed that the EFCC had asked the Independent National Electoral Commission to furnish it with the bank accounts and other financial details of the political parties.

In a letter signed by its Director of Operations, Michael Wetkas, the commission demanded a list of all political parties, their designated bank accounts, and any other information that could aid its investigation.

It also asked the managing directors of Access Bank Plc and Polaris Bank to provide details of the 14 accounts operated by the All Progressives Congress and the Peoples Democratic Party and another organization believed to be connected to the opposition party.

Giving an update on the ongoing intelligence operation on Friday, sources explained that the EFCC and the NFIU were scrutinizing the financial ebb and flow of money into the accounts of the leading candidates, particularly, those who command a huge financial chest.

A source stated, “The anti-graft commission is serious about preventing candidates from using this election period to launder stolen public funds, hence the security watch on top bankers, including managers, chief compliance officers, and others in the operations department of financial institutions. Anyone who flouts the protocol on money laundering will be dealt with.

“They (financial institutions) have been warned to report every suspicious transaction or movement of huge amounts of money in the remaining 100 days to the general elections.

Apart from bank managers, it was also learned that the anti-graft agencies had given the chief compliance officers of banks a strict directive to enforce the necessary protocol against money laundering in their respective financial institutions.

The compliance officers were expected to report suspicious transactions by political parties and their candidates to the NFIU and the EFCC for action.

Though this is a mandatory action required of banks, primary mortgage institutions, insurance companies, microfinance banks, merchant banks, trustee and finance companies, stockbrokers, and development finance institutions, there were suspicions that many operators had not been complying faithfully.

Findings also indicate that the financial intelligence agencies were equally monitoring the Bureau De Change operators following reports that some of them were assisting politicians to clean up their looted funds.

When asked about the operation, the EFCC spokesman, Wilson Uwujaren, said, “I don’t have much information now, but I will find out and let you know.”

However, Uwujaren did not respond to subsequent calls and SMS on the issue.

An intelligence and security consultant, Abuh Adam, said the EFCC operation would help curb vote buying during the election.

He urged the EFCC to expose and prosecute anyone found culpable.

Adams noted, “The outcome is what matters to Nigeria. This will make people now or in the future conscious of how to use monetary inducement on people. People might see it as a witch-hunt but that is the right thing to do. In America, if politicians embezzle funds, they don’t go close to politics but in Nigeria, politics serves as a cover. Let those with illicit funds be identified, exposed, and prosecuted. “

Another security expert, Oladele Fajana, said, “To me, it is a welcome development but my questions are, will the right things be done at the end of the day? Will this be extended to the so-called big political parties or will it end up as a witch-hunt against some persons and their parties?”