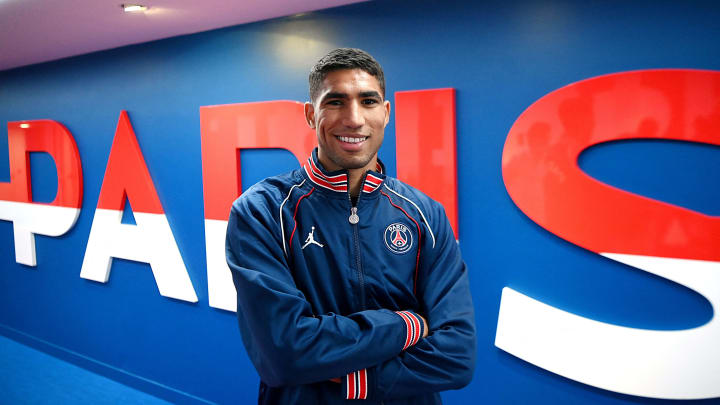 According to AFP on Saturday, Paris Saint-Germain winger Achraf Hakimi has tested positive for coronavirus and has been placed in isolation.

Hakimi, a 22-year-old Moroccan who joined Inter Milan for 60 million euos ($71 million) last week, made his Paris debut in a friendly win against third-tier Le Mans on Wednesday.
He was unable to play in Saturday’s pre-season match against Chambly of the third tier, and is expected to miss next week’s games against Augsburg and Genoa.

PSG was hit severely by Covid-19 at the start of last season, when many players tested positive and Neymar, Kylian Mbappe, Angel Di Maria, and Leandro Paredes were forced to self-isolate following the team’s Champions League final loss to Bayern Munich.