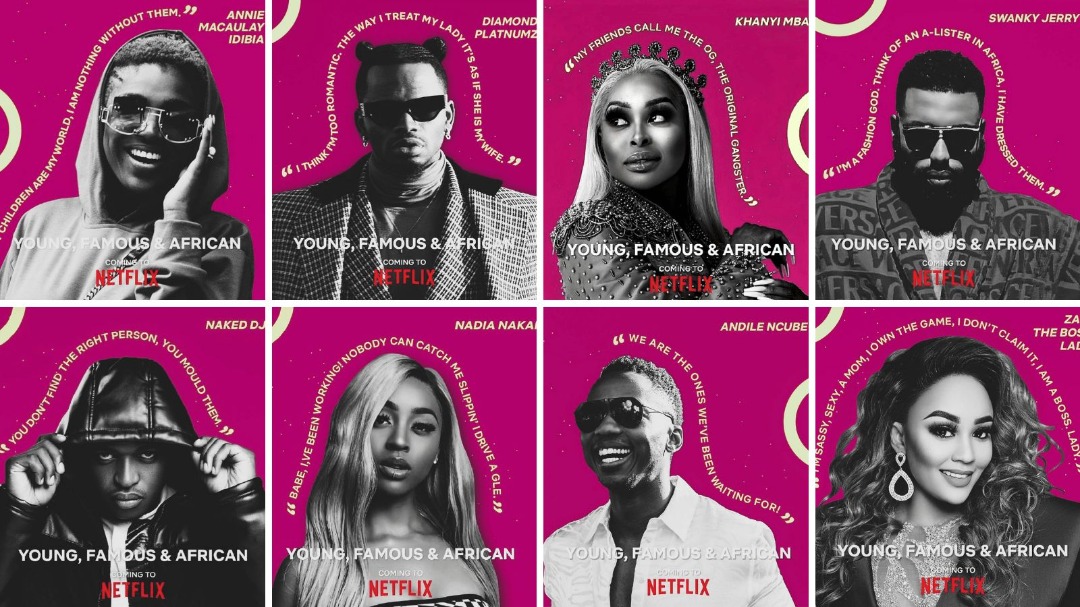 Africa made a single debut during the three-hour event, Tudum, with the Peace Hyde co-executive produced series ‘Young, Famous, and African.’

Hyde confirmed the happy news on Instagram, writing:
“When we set out to create #YFA, we just had one goal in mind: To show the world an Africa that they have never seen before. An Africa that can tell its own original stories.

“Super excited that @Netflix selected ‘Young, Famous and African’ as the official African Original Netflix title to represent our continent at the prestigious Netflix global #TUDUM festival where we were among 55 titles including the Witcher, Bridgerton, Stranger Things and Extraction to be premiered for the 2022 slate.”
The next reality show, which will include superstars from South, East, and West Africa, will launch alongside big Netflix originals in 2022.

The official synopsis reads: “This glitzy reality series aka a real-life soap opera follows a group of young, affluent and famous A-list media personalities. Hailing from South Africa, Nigeria and East Africa, this aspirational who’s who of music, media, fashion, and Insta stars come together in JoBurg. All friends and connected, they are on a quest to find love, rekindle old flames, reboot struggling relationships as they continue to shine bright.”

Martin Asare Amankwa and Adelaide Joshua Hill of Urban Brew Studios will co-executive produce with Hyde. It’s still unknown if the event will be headlined by a prominent media figure.

The Buhari Government Will Be Eternally Remembered – APC Chieftain