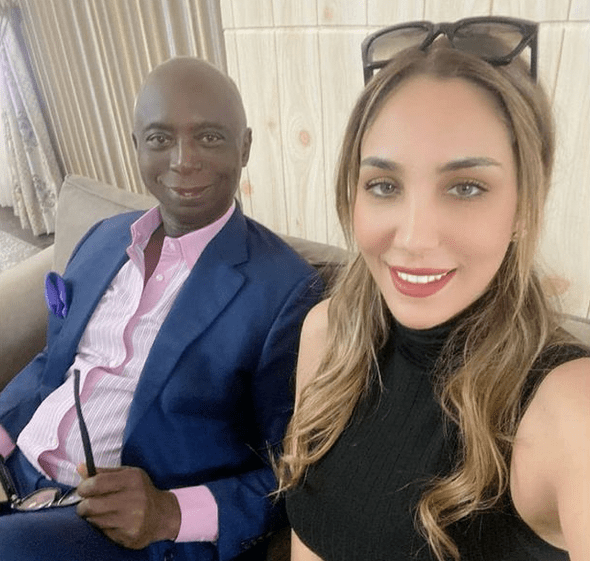 Nwoko claims that on a vacation he paid for, his now-ex-wife had contact with a mysterious man.

On Wednesday, December 8, 2021, the millionaire issued a statement on his Instagram page detailing how his marriage to the Moroccan fell apart.

He began, however, by debunking rumors that his marriage to Laila had ended due to the effect of “Kayamata,” a local aphrodisiac peddled by one Hauwa Saidu Mohammed, better known as Jaruma.

When she couldn’t salvage her marriage, the former federal politician pondered why people flocked to the aphrodisiac from Jaruma.

He claimed the aphrodisiac’s marriage lasted only one year.

He went on to describe the events that led to the breakdown of his marriage to Laila.

Trouble began after Laila visited London with her children on vacation, according to the Delta State legislator.

The mother of three allegedly left her children at the hotel and went clubbing, where she caught the deadly coronavirus.

It didn’t stop there: Nwoko described how his now-ex-wife met a strange man in the United Kingdom.

Laila and the unidentified male got into a fight, according to the statement, and the cops were summoned.

While in the United Kingdom, she underwent cosmetic surgery without his permission.

Because Laila has continued to play the victim, Nwoko said he decided to issue a statement to clear the air.

He ultimately put distance between himself and his family and Jaruma’s business.

Zac Efron Struggles To Survive In The 'Gold' Trailer