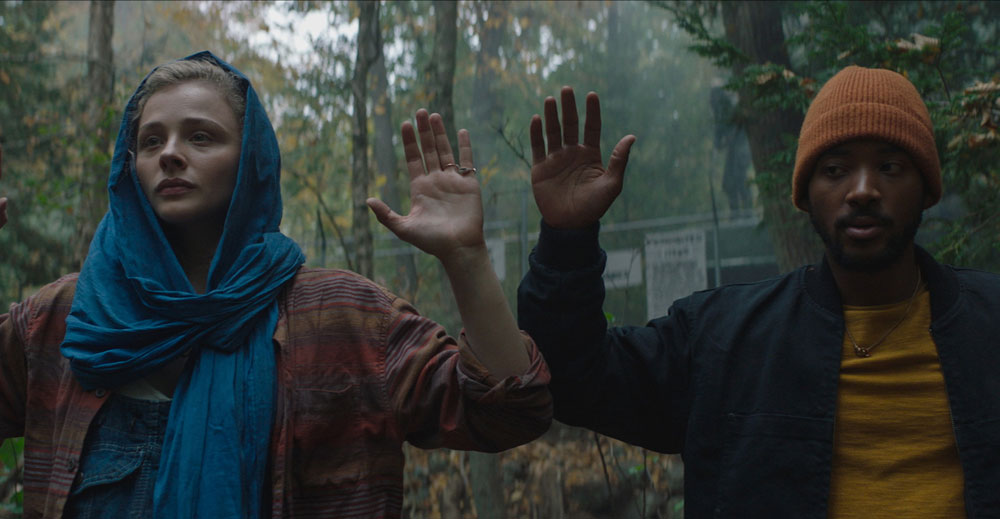 The trailer for Hulu’s new sci-fi film Mother/ Android, starring Chloe Grace Moretz and Algee Smith as a couple fleeing the Artificial Intelligence that has taken over much of the United States, has just been released. Our heroine is expecting a child, and they’re both frantic to go to Boston, the final city safe from the A.I. “Androids were a part of our daily lives until one night everything changed,” recounts our soon-to-be mother. As a result, the A.I. assistants will be taking a break from their monotonous responsibilities.

According to the official synopsis, “The sci-fi thriller drama, set in the near future, follows Georgia and her lover Sam on a perilous voyage of escape as their country becomes embroiled in an unforeseen battle with artificial intelligence. They must face No Man’s Land—a bastion of the android uprising—days before the birth of their first child in the hopes of reaching safety before giving birth.”

Mattson Tomlin, a writer and filmmaker, developed a science fiction film based on his own parents’ efforts “to save their child amid the dangers of the Romanian Revolution.” He gave an explanation.

“Mother/ Android is a deeply personal story inspired by sacrifices made to bring me into this world. I’m thrilled to be working with Miramax and my friend Matt Reeves to tell a story that speaks to the strength of humanity in the darkest of times.”