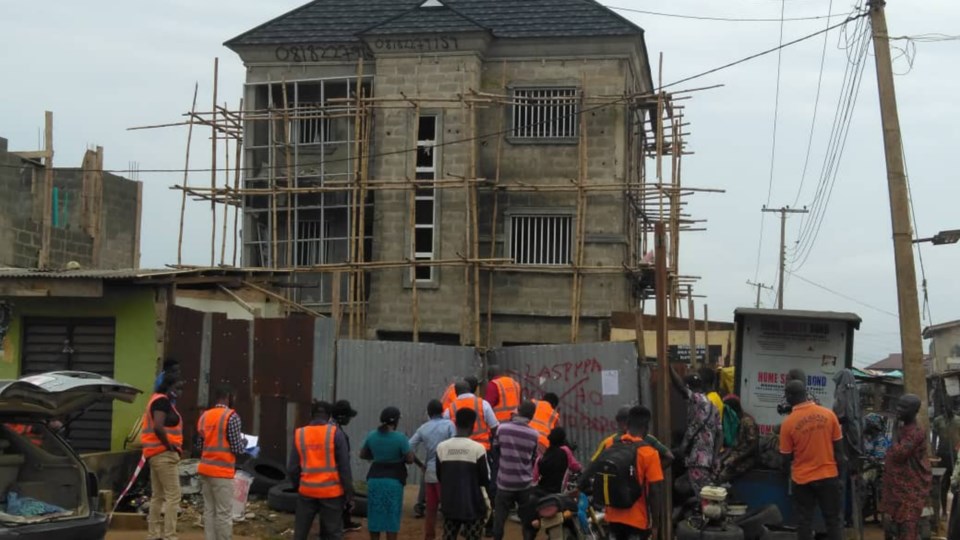 Several planning violations led to the closure of the affected buildings.

The buildings are located in the demarcated District Areas of Alimosho, Mosan-Okunola, and Agbado Oke-Odo in the Alimosho Local Government Area of Lagos, according to the agency’s General Manager, Kehinde Osinaike.

The impacted buildings were sealed for violations ranging from non-compliance with construction codes to unauthorized conversion of residential properties to commercial usage.

Some of them were only partially shut to reduce the impact of a complete closure on inhabitants’ businesses and activities.

The declaration by LASPPPA comes after the fatal collapse of a luxury 21-story skyscraper under construction in the state’s Ikoyi neighborhood on Monday, November 1.

As of Tuesday afternoon, nine people had been found alive under the rubble, but 14 had been hauled out dead.

Building collapses are widespread in Lagos, a tendency that has alarmed the government for some time.

Last month, Governor Sanwo-Olu renamed the Certificate of Completion and Fitness for Habitation, which is given to building owners or developers who have met the conditions for construction.

On Tuesday, Osinaike stated that the government is committed to restoring the Lagos Physical Planning Master Plan and ensuring residents’ safety.