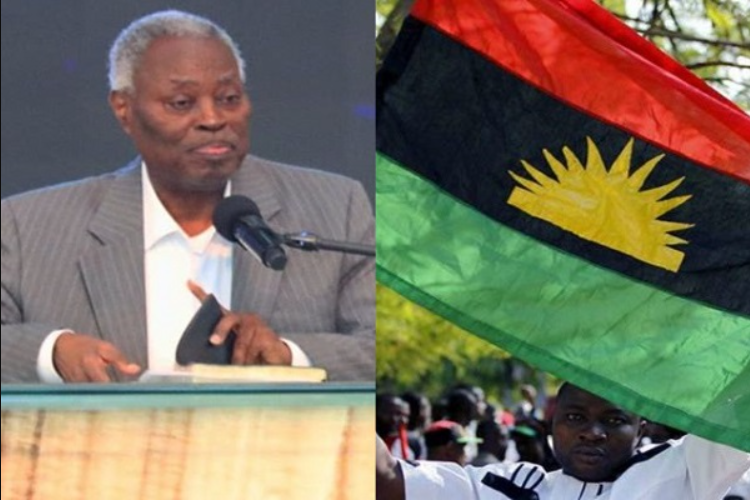 The current security situation in the South-East, according to IPOB, is not favourable to any significant public religious assembly.

Pastor William Kumuyi, General Superintendent of the Deeper Life Bible Church, has cancelled a crusade set for Aba, Abia state, following a warning from the banned organisation, The Indigenous People of Biafra (IPOB).

On Saturday, May 21, 2022, Punch learned that the cancellation was due to the hazardous security situation in the South-East area.

The crusade was scheduled to take place in Aba from May 24 to May 29, 2022, but IPOB warned Kumuyi not to go forward with the event due to security issues in the area.

Mr Kumuyi’s spokesperson confirmed the cancellation, saying that a replacement site would be announced shortly.

Pastor James Akpofure, the chairman of the crusade’s organising committee, issued a statement on Saturday confirming the cancellation.

“As there are currently some security challenges at the intended alpha location (Aba, Abia State, Nigeria), the Global Crusade Convener, Pastor (Dr) W.F. Kumuyi commiserates with our people in Abia State and will be praying along for God’s Divine Intervention,” Akpofure said.

IPOB’s Media and Publicity Secretary, Emma Powerful, released a statement on Thursday, May 19, 2022, urging Kumuyi to examine the security situation in the South-East before coming to Aba for his gospel crusade.

On Saturday, Powerful renewed the appeal, urging Kumuyi and the Christian Association of Nigeria (CAN) not to disregard its advise, claiming that political thugs have devised plans to target crusade attendants.

He said, “It is unbelievable that CAN would not summon the courage to fight for their members when Muslims and security men attack and murder their members.

“They should understand that IPOB will not fold its arms and watch our people deliberately put in harm’s way to be slaughtered because of crusade, when they know that politicians will employ their local thugs to slaughter people and tag it that IPOB was responsible for such attack.”

Pastor Kumuyi and CAN were then requested by Powerful to publicly announce that they would be held accountable if anything went wrong during the crusade.

“Security intelligence and strategy are what is required in a situation as this, which is what we are applying now by advising Kumuyi and his ministry. The CAN must understand that IPOB has Judeo-Christians also as family members and it is our responsibility to protect them from political tugs and criminal elements.

“IPOB does not have any issues with Kumuyi or other pastors or men and women of God for that matter; what we are talking about is the security of Biafrans.

“CAN should know that all politicians in Nigeria have criminal thugs they use to pursue a particular political interest and these people are not minding the repercussions or outcome, therefore we still advise Kumuyi and deeper life ministry to think twice and stop this crusade.”

In a ruling, Justice Binta Nyako stated that because Kanu was previously granted bail in 2017 and then jumped it, the court must first uncover the true reason for his bail leap before he can reapply.

An Evening with Ama Psalmist

Wande Coal And His Crew Are Accused Of Battering A Man.