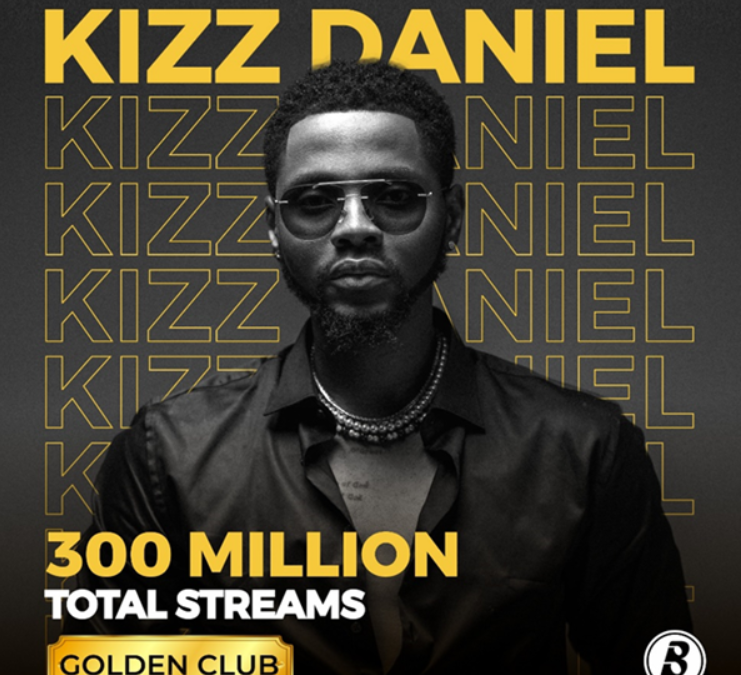 Kizz Daniel has become the first artist to exceed 300 million streams on Boomplay.

With this accomplishment, Kizz Daniel becomes the most streamed musician on the biggest music streaming service in Africa. On Boomplay’s social media pages, the news was made on Wednesday, July 13, 2022.

This amazing achievement is evidence of Kizz Daniel’s notoriety and popularity among many groups of people. Additionally, it highlights Nigeria’s remarkable rise in streaming culture, which is advantageous for anyone involved in the country’s music business.

Kizz Daniel collaboration “Buga” with Tekno is experiencing enormous local and global popularity in 2022, Kizz Daniel is having an outstanding year. Incredibly large crowds have attended the amazing singer’s gigs during his current ten-city tour of the United States. Kizz Daniel is expected to continue to reign supreme in the Boomplay genre with the possibility of an album in the works.