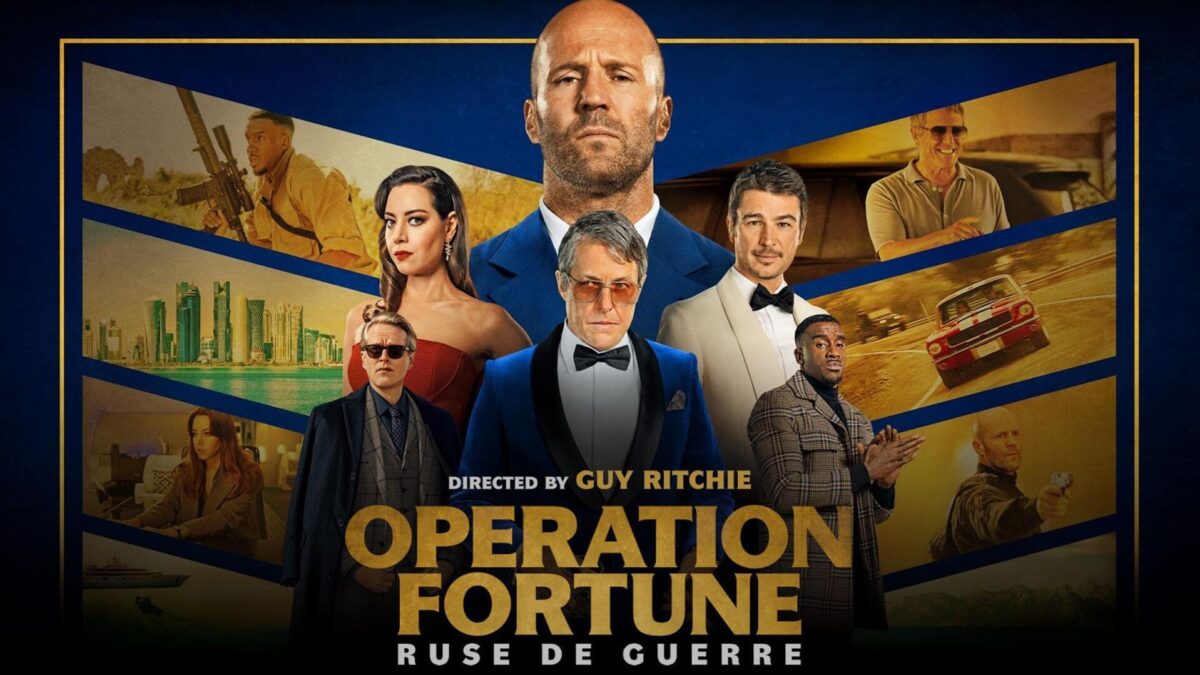 In 2022, the thriller will be released in cinemas.

In the first trailer, we see Statham’s Fortune collaborating with a group that includes Plaza, Elwes, and Malone, and deceiving an actor (Hartnett) into getting close to Grant’s guns dealer. While there is a lot of action, chases, and shooting, there is also a lot of humor, particularly from Statham and Plaza, but also from Hartnett’s out-of-place performance.

This is the synopsis for Operation Fortune: Ruse de guerre:

“In the film, super spy Orson Fortune (Jason Statham) is tasked with tracking down and disrupting the sale of a lethal new weapons technology used by billionaire arms dealer Greg Simmonds (Hugh Grant). Fortune and his crew reluctantly hire Hollywood’s biggest movie star Danny Francesco (Josh Hartnett) to aid them on their globe-trotting secret quest to rescue the world, despite the fact that they are coupled with some of the world’s top operatives (Aubrey Plaza, Cary Elwes, Bugzy Malone). Ritchie also co-wrote Operation Fortune: Ruse de Guerre with Ivan Atkinson and Marn Davies.

In 2022, Operation Fortune: Ruse de Guerre will be released.