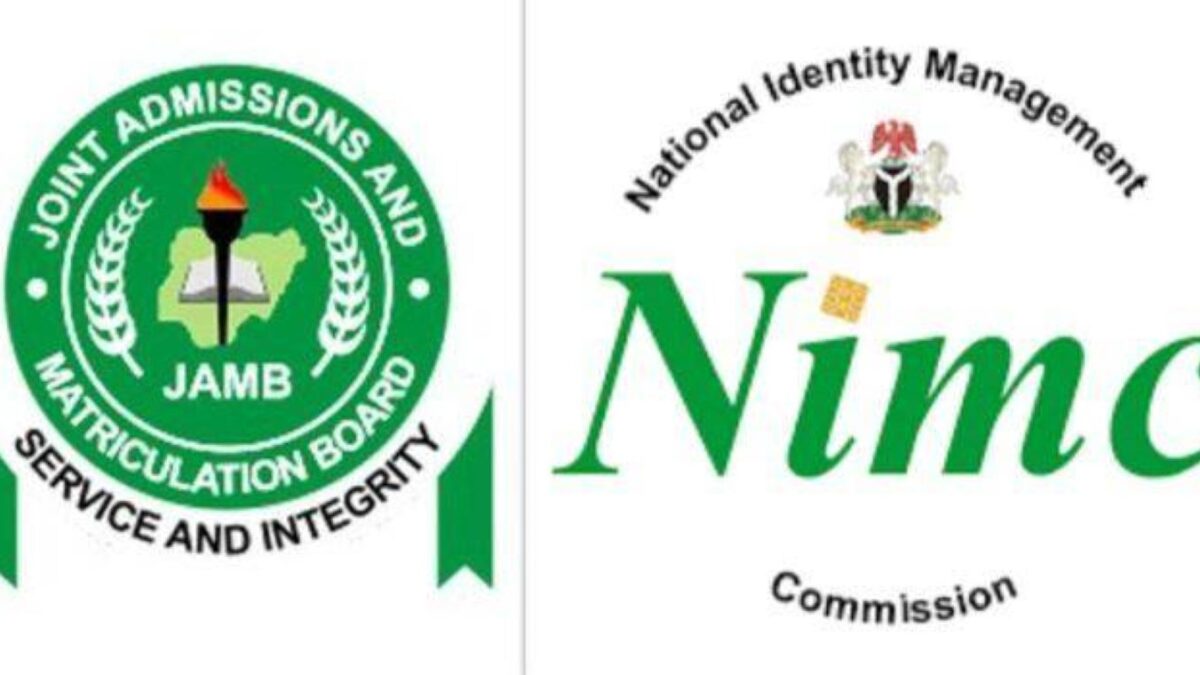 The Joint Admissions and Matriculation Board (JAMB) has lauded the introduction of the National Identification Number (NIN) in its examination exercise.

This, the board said it helped in eliminating multiple registrations, impersonation and other malpractices associated with examinations.

Dr Fabian Benjamin, JAMB Spokesperson disclosed this in a statement in Abuja on Wednesday.
He said that the partnership with the National Identity Management Commission (NIMC) which mandated the use of NIN in the registration process made it virtually impossible for hired examination takers to register multiple times.

He, however, refuted a media report that claimed that the introduction of NIN affected the revenue of JAMB and caused it to drop to N5.8 billion.

Rather, JAMB is concerned with how to address loopholes being used by fraudsters to distort national data in a bid to compromise public examinations.