Home > News > IS BIAFRA SECESSION THE PATH TO PROSPERITY 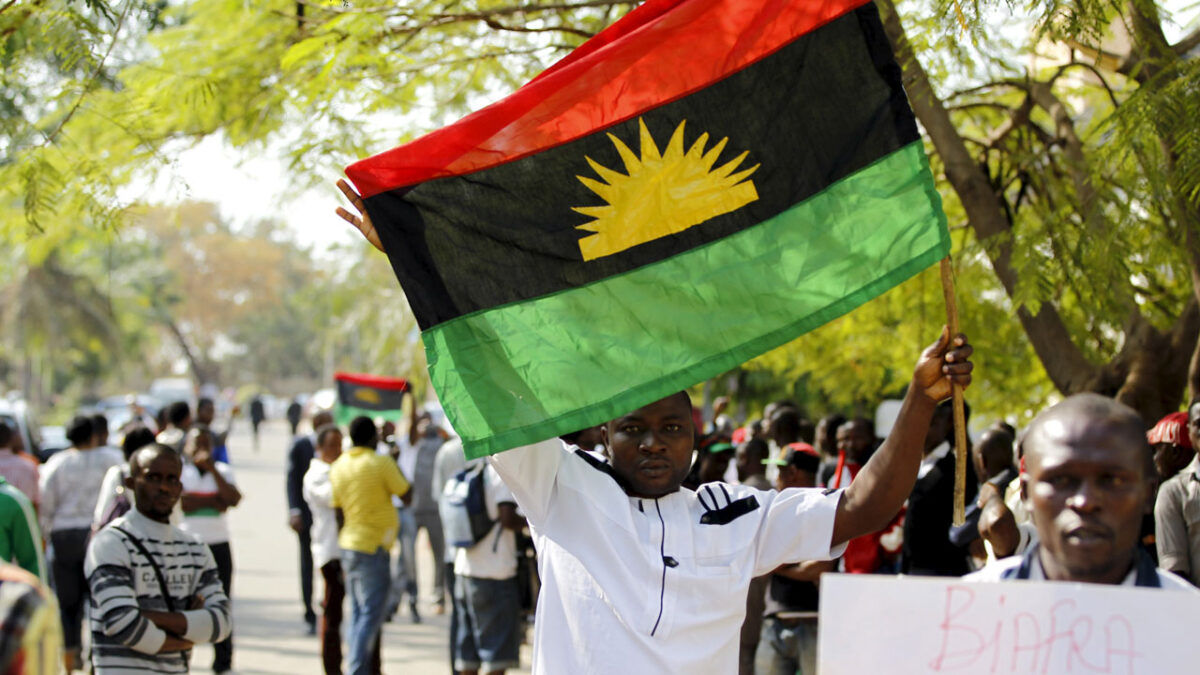 Many would debate that Nigeria for a very long time has been anything but united, especially with Biafra agitations on the rise. Perhaps, the concession to this belief comes from the biased nature of the government when it comes to policies and matters that concern the southeast.

You might not be able to see this but Nigeria is an incredibly nationalistic country, and by nationalistic it means the political definition of a nation, which is a group of people with similar or same culture, and most importantly sharing the same origin, eg, Igbo nation, Yoruba nation, Hausa/Fulani nation.

This demarcation is mostly noticed during the presidential elections, or when there is an appointment for ministerial positions. Instead of worrying about why these positions aren’t occupied by experts, we agitate that these positions are dominated by a certain tribe or culture, and of course, these are very legitimate concerns, as things shouldn’t be done that way. But whenever we’re in an incredibly diverse country like Nigeria, our emotions must not lord over our unbiased logic. Notwithstanding, inclusivity is very pivotal, but we must master how to manoeuver sentiments in some cases, and let logic supersede because logic is not biased.

Although the year is still quite young, 2021 has been particularly described with a lot of tension and uncertainties. The Yoruba nation led by Sunday Igboho clamouring to leave, so also the Igbo nation, which is our focus.

The Independent People of Biafra (IPOB), led by Mazi Nnamdi Kanu, has been calling on Biafrans to reunite against the Nigerian state in the fight for secession.

Going back to the brutal civil war in 1967 fought by the Biafran soldiers against the Nigerian army, there was a military casualty of about 100,000, and a civilian casualty of 500,000 – 2,000,000 Biafrans dying of starvation. These numbers are extremely scary and tell the gory reality of the Biafrans that survived the nightmare.

Many reasons have surfaced concerning the cause of the secessionist movement, but some of the foundational reasons come from the attacks on Igbos by northerners (15/01/1967) who accused them of the killings of the Northern leaders and military officers. Aggravating matters creation of the 12 states on May 27th, 1967, reduced the power of the Eastern region overnight, that spurred Ojukwu to declare the state of Biafra three days later.

Among other reasons for the declaration of Biafra, Mazi Nnamdi Kanu identified Nigeria’s unfair treatment to the Igbo nation, claiming that the southeastern region is the most deficient in infrastructure and development. But it is also necessary to note that the tension has heightened since the inauguration of General Muhammadu Buhari as Nigeria’s president, and Nigerians’ dissatisfaction with his method of governance.

However, a very pertinent question needs to be asked, “Will seceding solve anything?”
Biafrans must understand that the states that comprise the “territory” are very important to the economy of Nigeria, and Nigeria will not let the breakaway happen without a grapple – one that no Biafran would want to experience again, judging from the past.

Nnamdi Kanu says that the southeastern region is the most deficient in infrastructure and development, but should that lack fall solely on the Nigerian government? Lets not forget that many eastern governors and lawmakers have cases with the Independent Corrupt Practices Commission (ICPC), and the Economic and Financial Crimes Commission (EFCC), which has absolutely nothing to do with the Nigerian government.

There is no doubt that southeastern Nigeria might make up one of the most educated and entrepreneurial tribes, but in the ranking of most corrupt tribes in Nigeria, the Igbo tribe comes in second. So there is need for a reality check. Even though the Igbos hold some of the prestigious rankings, there is a huge gap in mirroring that prestige in the southeastern states.

In the southeast, healthcare and education are still largely struggling with growth and development, thus, IPOB secession will still be faced with these challenges that would inevitably stunt its progress in its initial stage of administration. The southeast might gather great strength entrepreneurially in different sectors of the economy, but because of the deficiency in mirroring these great feats in their indigenous states, Biafra will still have challenges surviving.

Stereotypically, the Igbo man would rather have his fortunes and businesses anywhere but his state, he only comes back home to build houses and enjoy his accomplishments.
Only a few might think differently, but considering the number of southeasterners that think and behave that way, it does set a question in the minds of many concerning Biafra’s self-sustenance. IPOB should take the split between Sudan and South Sudan as a moral lesson. Nigeria-Biafra separation might bring smiles to the faces of many IPOB members, but consequences might also follow post-secession which might hinder progress.

Many southeasterners believe that the Nigerian government owes them an apology for the deaths and destruction caused during the Biafran War, which mostly affected innocent children. Perhaps, carrying out necessary measures as an atonement might soften the tension.

ADAM AND EVE'S NOT SO LOVE STORY