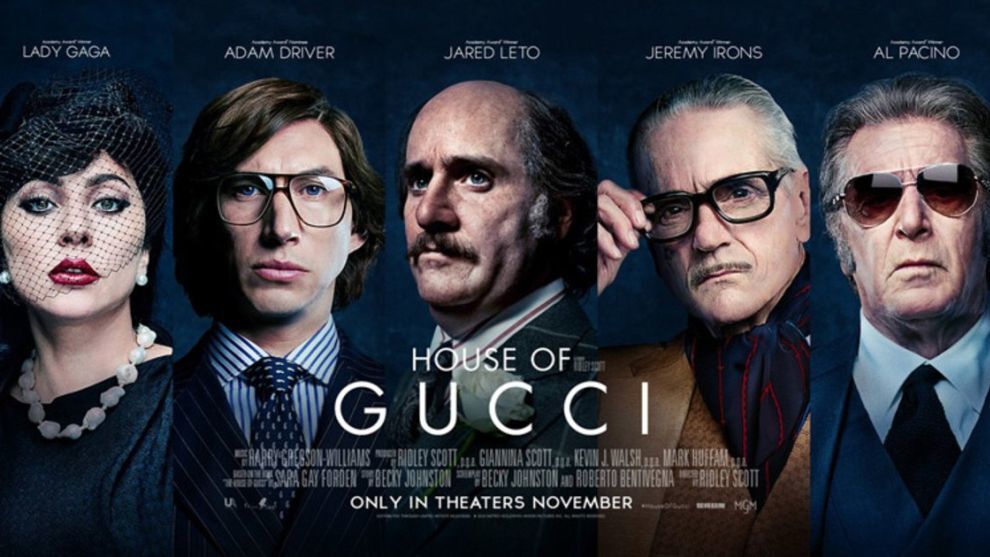 Lady Gaga plays Patrizia Reggiani, the wife of Maurizio Gucci (Adam Driver), as their relationship turns into a battle for control of the fashion label Gucci.

At the Blue Pictures Entertainment Next Gen Mini Conference, Thomas made the announcement. He stated, “I am a liberal person but I am standing before you as the executive director of the NFVCB and everything about the law has to be effected.

“Fine, I stopped it before its release because there is a gay kiss, man to man kiss and that is against the country’s ethics. It offends our cultural and moral values. Disney said they were not going to do anything about it and I refused to budge and when I did, other countries too did and what did they do? It had to be edited out.”

Thomas’ remark comes only weeks after reports surfaced that ‘Eternals’ had been canceled owing to the controversial sequence.

Following the suspension, Filmone Entertainment, the sole distributor of Disney-owned films in Nigeria, issued a statement declaring that the picture will return to theaters, and on November 12, to the disappointment of fans, a substantially modified version of the film was released.

However, the distribution company has declined to give a comment on the events that led to the film’s suspension and subsequent censoring.

Director Ridley Scott’s vision for the visual style of “House of Gucci,” according to production designer Arthur Marx, “was one of elegance and luxury.” Silverbird Film Distribution, an exclusive distributor for Universal and Paramount Pictures’ movies, including “House of Gucci,” said in a statement. The very finest of the very best. A world of luxury with no expense spared – yet on time and on budget.”

“Since the film spans three decades,” Silverbird film distribution, a leading partner in the film supply chain service industry, said, “the make-up team conveys the specific look of each era, which included variations in make-up and hairstyles with transforming performers into celebrities from the era – from Grace Jones to Andy Warhol and Karl Lagerfeld.”

The major locales in the script for “House of Gucci” include Rome, Milan, New York, and Alpine area, however the majority of the film was shot in and around Rome, including interiors shot at the renowned Cinecitta.

Gucci was founded by Guccio Gucci, who launched his first quality leather goods business in Florence, Italy, exactly one hundred years ago.

The film House of Gucci, which had its international debut on November 9 at the Odeon Luxe Leicester Square in London, depicts heir Maurizio Gucci’s notorious murder by his ex-wife Patrizia Reggiani.

'Eternals' Was Suspended  Because The 'Gay Kiss' Violates Our Culture – NFVCB