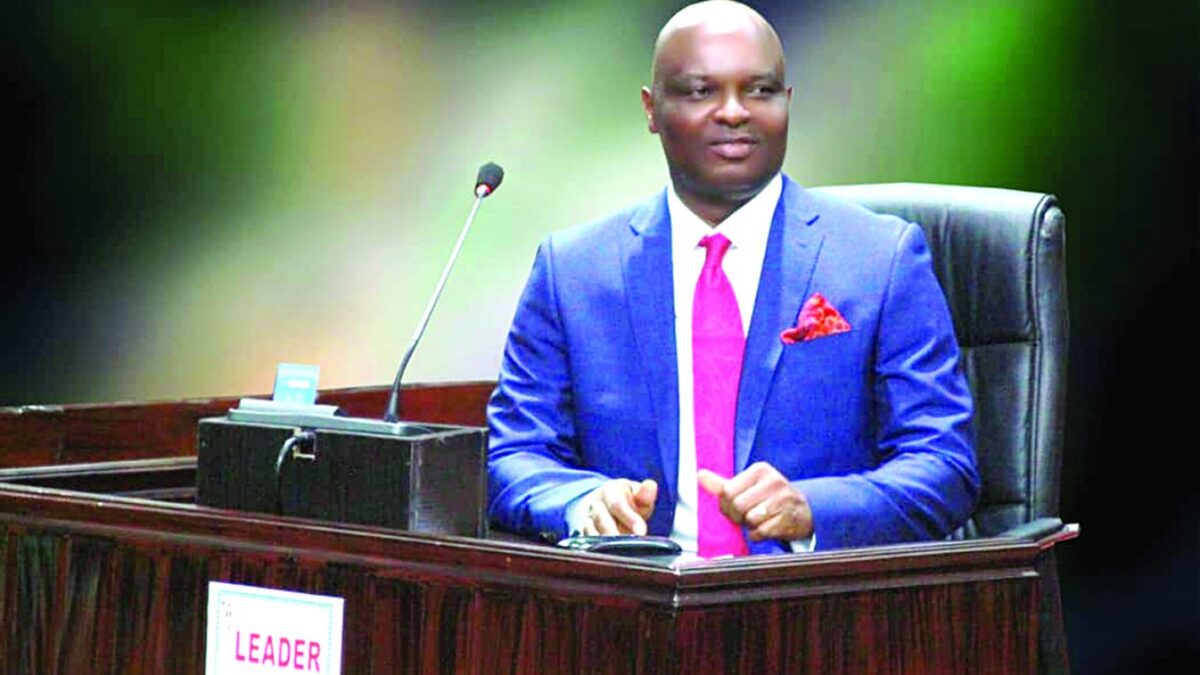 He received Nominations for an African Achievers and NANS Awards

The indefatigable ranking lawmaker and Leader of the Enugu State House of Assembly, Rt.Hon. Dr. Ikechukwu Ezeugwu, has been nominated for humanitarian awards by the African Achievers and the National Association of Nigeria Students (NANS).

“I write to proudly inform you of your nomination as distinguished recipient of the 11th Edition of the African Achievers Award under the Humanitarian Impact Category (Humanitarian of the Year West Africa) for your selfless service to your community, nation, and outstanding innovative strive towards the promotion of the African common Agenda.

“I wish to invite you as a special guest of honour at the 2021 African Achievers Awards Reception scheduled to hold at Kensington Palace, England on December 10, 2021 (international summit and Award reception respectively) where you will be formally presented with your most distinguished honour.

“African Achievers awards is one of Africa’s most prestigious awarding bodies which honors great African Achievers- including African leaders, Young Achievers, Community builders to captains of industries, whose works have had meaningful impact on building the African of our dream.

“The theme for this year’s ceremony is; Initiating Diaspora Investment for a Diversified African Economy.”

In a letter to Hon. Ezeugwu headlined Nomination for 2021 Nigeria Students’ State Assembly Member of the Year, which was signed by NANS Global President, Comrade Asefon Sunday, the leadership of the National Association of Nigeria Students (NANS) said:

Executive members of NANS and the Award Committee organising the Nigeria Outstanding Award (NOLA) write to inform you that you have been nominated as Nigeria Students’ State Assembly Member of the Year 2021.

“The award Committee respectfully submits this request for your kind consideration and approval with regard to the forthcoming NOLA award, where you will be conferred with the award.

Hon. Ezeugwu thanked the organizers for honoring him and vowed to do more in the areas of humanitarian gestures, lawmaking, and other activities that will have a beneficial and significant impact on people’s lives and the growth of society at large.

He thanked his constituents for allowing him to serve, without which he would not have achieved international fame.

He is also appreciative to His Excellency, Governor of Enugu State, Rt. Hon Ifeanyi Ugwuanyi, whose open door policy to members of the Enugu State House of Assembly makes his job easier.

He dedicates the honors to his colleagues for their unwavering support and understanding in carrying out their legislative responsibilities.