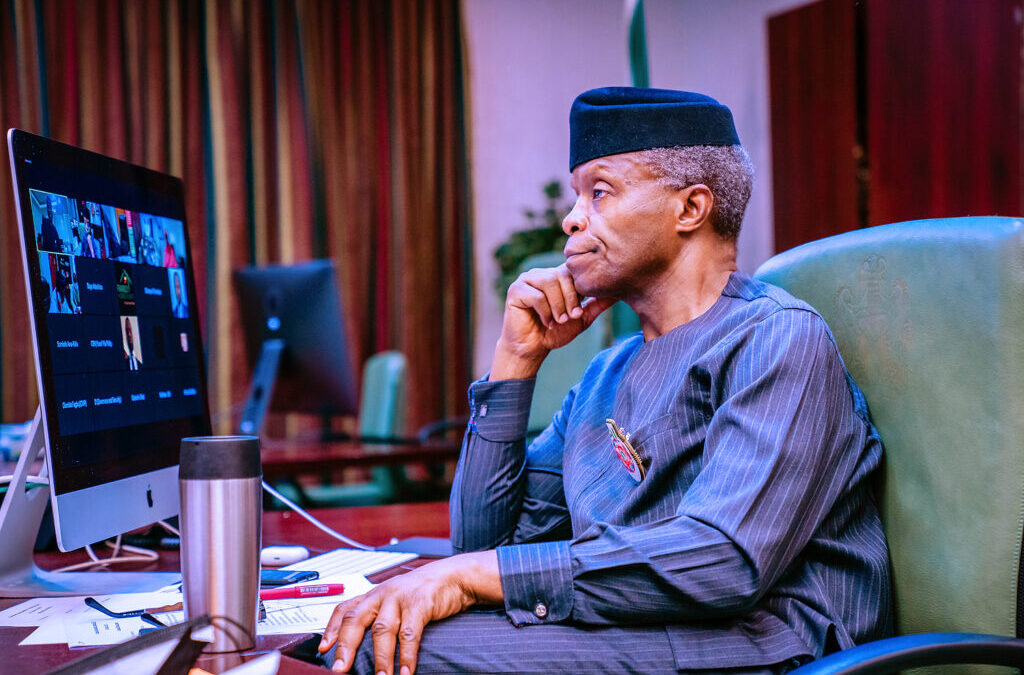 Nigeria, according to the organization, requires a God-fearing leader with expertise to shepherd the country away from disaster.

Posters of Vice President Yemi Osinbajo have appeared in several critical locations of Ibadan, Oyo state capital, ahead of the general elections in 2023.

The posters were placed in high-traffic locations of the city, including Dugbe, Mokola, the University of Ibadan/Bodija Junction, and Iwo Road.

The posters predicting the VP’s succession to President Muhammadu Buhari include his image with the slogan ‘Osinbajo for All 2023,’ despite the fact that the VP has not formally stated his desire to run for president in 2023.

However, Osinbajo For All Volunteer Group has claimed that it was the brains behind the posters, according to Punch.

The organization has previously stated its willingness to educate Nigerians on the VP’s qualifications and experience for the office of President.

Concerning the posters, the organization’s National Coordinator, Peter Ogundeji, stated that Osinbajo did not request that the group mobilize for him.

He went on to say that the members of the organization were just hoping for his probable election as Buhari’s successor.

Ogundeji said, “Irrespective of whether Prof. Yemi Osinbajo has shown interest to run for the 2023 Presidency or not, ‘Osinbanjo For All Volunteer Group’ remains firmly committed to its belief that Osinbajo has all it takes to take our country to it place in destiny come 2023 and beyond.

“Let it be on record once again that Prof. Yemi Osinbajo didn’t mandate us to do this. He didn’t authorise us to mobilise for him; we are young and old men and women who strongly believe in his capacity.

The coordinator of the organization insisted that Nigeria required a God-fearing leader with expertise to shepherd the country away from disaster.