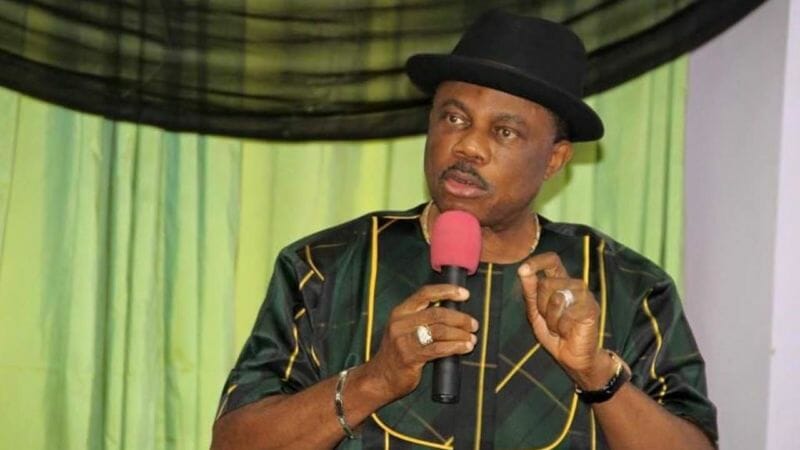 This comes just four months before Obiano is set to step down as governor.

Governor Willie Obiano of Anambra state has been placed on the Economic and Financial Crimes Commission’s (EFCC) watch list.

The EFCC asked that the governor be placed on a watchlist in a letter dated November 15, 2021, and written to the Comptroller-General of the Nigeria Immigration Service.

The commission also requested that the service notify it if Obiano departs the country from any of the country’s international airports or other points of entrance and exit.

This comes just four months before Obiano is set to step down as governor.

In March 2022, the governor is expected to step down.

The reason for the EFCC’s placement of Obiano on its blacklist is unknown, but rumors suggest that the action is a hint that the agency is quietly probing the governor.

According to reports, the governor may have intimated to the committee that he intends to flee after passing over control to his successor, Prof Charles Soludo.

In September, the All Progressives Congress (APC) in Anambra requested that the EFCC investigate the state’s finances.