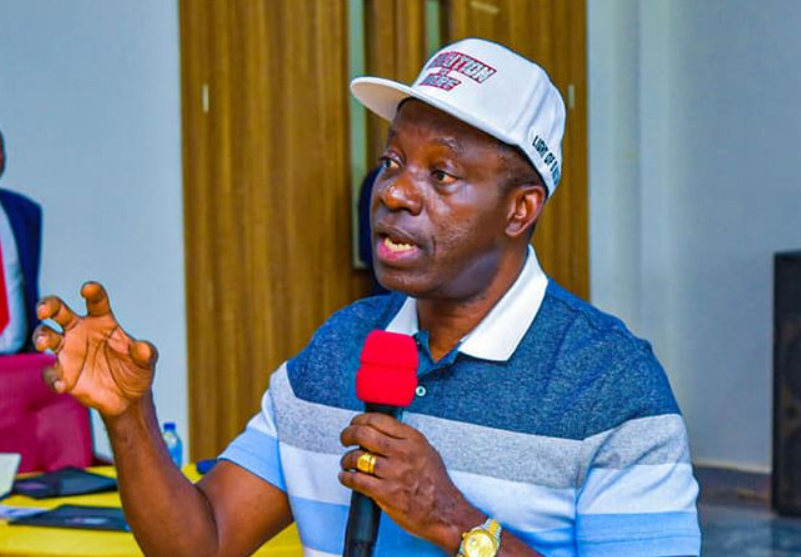 The governor says that all of the ‘unknown gunmen’ apprehended by Anambra security forces are Igbo.

Anambra State’s governor, Charles Soludo, has disputed the claim that the state’s crimes are committed by unidentified gunmen and non-Igbo residents.

The state, according to Soludo, is pursuing criminals in the state, and all of the “unknown gunmen” detained by security personnel there are Igbo in origin.

In an interview with Channels TV’s Politics Today on September 18, 2022, the governor made this statement.

Soludo blamed the high rate of kidnapping and insecurity in Anambra state on the state’s poor economic standing.

Because Anambra is the richest state in the Southeast, he claims that abduction has the highest value there.

The claim that individuals committing crimes in the state are unknown was also rejected by Governor.

He said, “They are plain criminals. Some of these criminals also hide under the cloak of agitation but IPOB has repeatedly distanced itself from the criminals.

“They are kidnappers and plain criminals and they indulge in these because it is lucrative. Anambra is without a doubt the richest state in the South-East so this is the state where kidnapping has the highest value and so you will have their highest concentration here.

“If you have an Okada rider who goes into the bush; learns how to shoot, and joins a criminal gang after which they kidnap someone and make millions, it won’t be easy convincing such to go back to his Okada business anymore.

“But we are decimating them. They are not unknown gunmen, they are unknown to the extent that maybe are not caught immediately. But I can tell you we’ve been catching quite a lot of them and they already know that Anambra is not safe for them anymore.

“Let me be clear about it, 100 percent of the people we have caught are Igbo. There is no hoax that somebody is invading from somewhere. It is 100 per cent Igbo on Igbo.

“Anambra receives its proportional share of an influx of Igbo from other South-East states and other parts of Nigeria. At the initial stage when we stage and the first set of people we caught are Igbo from the South-East states and not from Anambra. But as we went on, we discovered that a whole lot of the youth are joining them and we have not disguised among them, we are dealing with them equally”.

But he insisted that his government is working to eradicate insecurity in the state.

He said that efforts are still being made to combat insecurity in the state while noting that Anambra has recently been comparatively quiet in comparison to other regions of the nation.

He said, “The 8.5 million residents in Anambra can testify to you that insecurity has come down to the barest minimum. At least, in the last three months, cases of insecurity that seem to be daily affairs have come to a halt.

“We have decimated criminal gangs and their infrastructures and I don’t think they have the capacity again to come with the kind of ferocity they have in the past.

“Anambra has been relatively peaceful recently and we are pursuing a peaceful agenda. Compared to many other places in Nigeria, I will say if we have to have the statistics in the last three months, I think Anambra will compete favorably as one of the safest comparatively.

“We are not relenting. The operations are ongoing. Many communities are now at peace and having their new yam festival celebrations and these are things that weren’t possible in the past. Millions of events are also taking place simultaneously.

He said that his government is committed to making Anambra safe and secure for both its citizens and its companies.

Youths Call For Prayers For Peaceful Elections In 2023