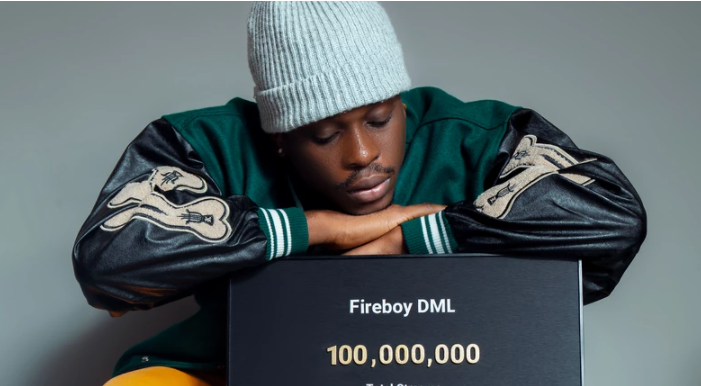 Fireboy joins the likes of Burna Boy and Olamide in the Boomplay Golden club.

The Afropop sensation’s sophomore album, “Apollo,” was released in 2020, and had instant hits including “Champion” and “Tattoo.” By 2021, the R&B album had amassed over 57 million streams on Boomplay, propelling Fireboy into the Golden Club.

Fireboy’s music has been included in 1884 playlists and is now being consumed via the platform in 107 countries across the world, According to an in-depth study of data.

AY's 'Christmas In Miami' Has An Official Trailer